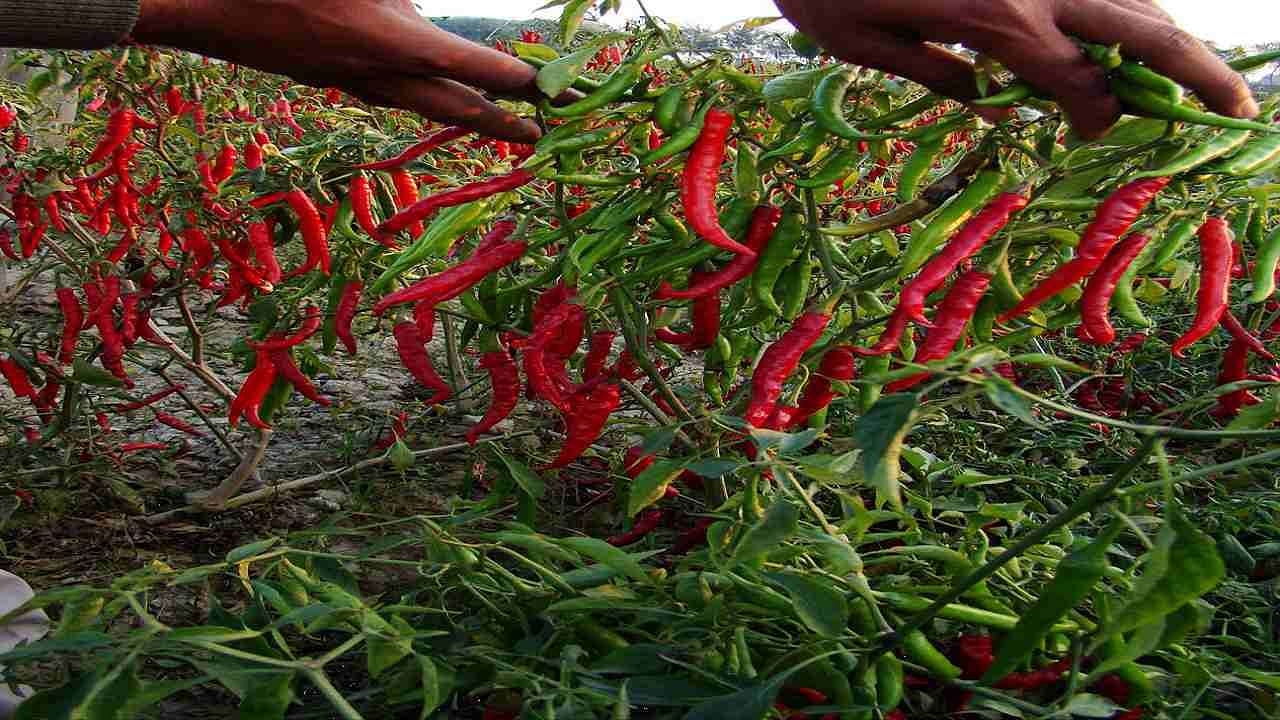 Chilli cultivation is proving to be a loss-making deal. This year the production has been very high, due to which the price is not being received. Got a good price last year.

Farmers upset due to fall in chilli prices.

The farmers cultivating chillies in Madhya Pradesh are in trouble. Due to more production, the price of chili has come down so much that even the cost is not being met. More is being spent in plucking from the field than what is being received in the market. Farmers are upset due to falling prices.

Cost is eight rupees per kg, the price is getting 10 to 12 rupees

Jitendra Kumar, a farmer of district Kharagon, told TV 9 Hindi over the phone that chilli cultivation is proving to be a loss-making deal for him. This year the production has been very high, due to which the price is not being received. They say that a kilo of chili is costing at least 8 rupees. The price in the market is 10 to 12 rupees per kg. The laborer charges 3 to 4 rupees to break a kilo. Now tell me, there is no profit in this, money is going out of pocket.

Jitendra says that last year at this time the price of chili was more than Rs 40 per kg. Seeing the good price last year, this year the farmers increased the area. Now everyone is repenting.

why the price fell

An official of the Madhya Pradesh Horticulture Department, on the condition of anonymity, said that seeing last year’s price, farmers increased sowing this year. But farmers need not despair. When this chilli becomes red after drying, then its price will be good, in such a situation, farmers should not sell the crop by taking loss now.

Also read: Only a few hours are left, animal owners can get a reward of 2 to 5 lakh rupees, apply immediately like this

Former England captain will have to leave his first class team after 18 years! a quarrel caused a mess

Skin Care Tips: Use face mask made of strawberries for spotless skin