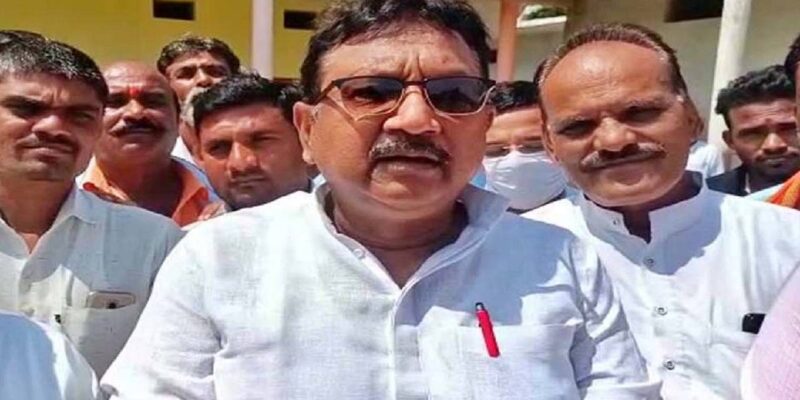 Even though the BJP has not yet announced the candidate for the by-election to the Khandwa Lok Sabha seat of Madhya Pradesh. But BJP has delegated responsibilities to ministers for Khandwa seat. Minister Vijay Shah has also started campaigning in Khandwa seat. But during the campaign, Minister Vijay Shah’s tongue slipped. Whose video is also going viral on social media.

In the Khandwa Lok Sabha by-election of Madhya Pradesh, Forest Minister Kunwar Vijay Shah in the state government, which was put in the election work by the BJP, came under the target of people and opposition Congress in social media on Saturday for one of his statements. On Saturday, he said in a statement that the party has given him the responsibility of not winning a single polling booth in this by-election.

Hours after this statement went viral on social media, Shah released a video of his clarification saying that “in haste, because of slip of tongue by mistake, the earlier statement was discarded and this made the Congress happy”. Needless to.’

In fact, Forest Minister in the state government, Kunwar Vijay Shah said in his earlier statement on Saturday, ‘We have requested by calling the key workers of this area that the party has given me the responsibility of not winning a single polling booth in this election. Is. That is why I myself will go to 264 polling booths and request that we strengthen the hands of Modi ji. After this statement came on social media, Shah realized his mistake and after a few hours he issued a new statement clarifying on Twitter.

In his new statement, he said, ‘Today while going to Omkareshwar, in a meeting of some BJP workers in Beed, I said that BJP should not be defeated by a single polling booth. Because I was in a hurry and BJP did not win due to slip of tongue, it happened by mistake. Congressmen are getting very happy about the same.

Shah said, ‘I claim that I am ready to impose whatever the condition may be if the Congress wins from here in the Mandhata assembly, where the party has given me the responsibility. There is no need to make a fuss about the said thing when the tongue slips. BJP is not going to lose due to the words of Congressmen. Together we workers will win the Bharatiya Janata Party from here with historical votes.

Congress spokesperson Narendra Saluja took a jibe at Shah’s statement and tweeted, “Wow minister ji wow… you were in a hurry that’s why you defeated BJP and when you started winning…. Anyway, slipping of tongue like this during the day is not right, once your tongue slipped in the night, then your ministerial post had slipped… You are on a constitutional post, it does not suit you to impose conditions.

Congress may not be happy, I bet that
Bharatiya Janata Party will win by historic votes from every polling booth of Omkareshwar Mandhata.@BJP4MP pic.twitter.com/EsiialFljQ

‘If I want to race, come’, challenging CM Shivraj, Kamal Nath said in a funny way – I am young now

Monsoon may depart from Madhya Pradesh in the second week of October, this is the reason for being late for 10 days from the normal time

Major action against migrants in Libya, 4,000 people including women and children detained