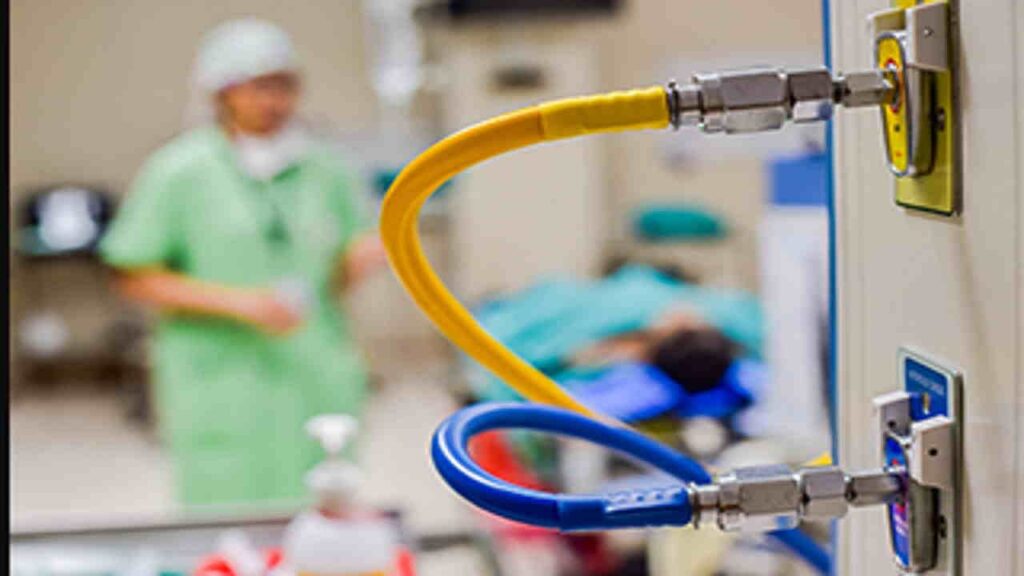 In the dozens of thefts that have happened so far, hardly anyone has been disclosed. The district hospital management also never showed any interest in disclosing any incident.

Incidents of theft are coming to the fore in Shivpuri District Hospital of Madhya Pradesh (MP News). The failure of the administration can be clearly gauged from the theft incident on Tuesday night. A thief has stolen the oxygen pipeline from the district hospital. The theft incident came to light when the hospital staff started the oxygen plant for testing and the oxygen did not reach the ward. After this, when the staff went to the roof and saw, the entire pipeline was missing. Oxygen was spreading in the air instead of reaching the ward.

On checking the CCTV, it was found that between 4 pm to 5 pm on Monday, the thief climbed on the roof of the hospital from the side of the play ground. From here he broke the pipeline and put the bio-waste material in the bag and left from there. The thief had once again reached here to steal after carrying out this incident.

There have already been many incidents

The action is limited to the application

The action is always confined to the application. Only official documents are fulfilled. In the dozens of thefts that have happened so far, hardly anyone has been disclosed. The district hospital management also never showed any interest in disclosing any incident.

Theft of oxygen pipeline is not a common theft, but a murder. Because when the pipeline is cut, the oxygen supply to the patients stops. Regarding this matter, Chief Medical Officer Dr. ML Aggarwal says that this case of theft has come to my notice. A complaint has been lodged with the police in the matter. Continuous theft is a matter of investigation. We will get it checked.

Madhya Pradesh: CM Shivraj attacks Congress for lapse in Prime Minister’s security, says – this is playing with the security of the nation