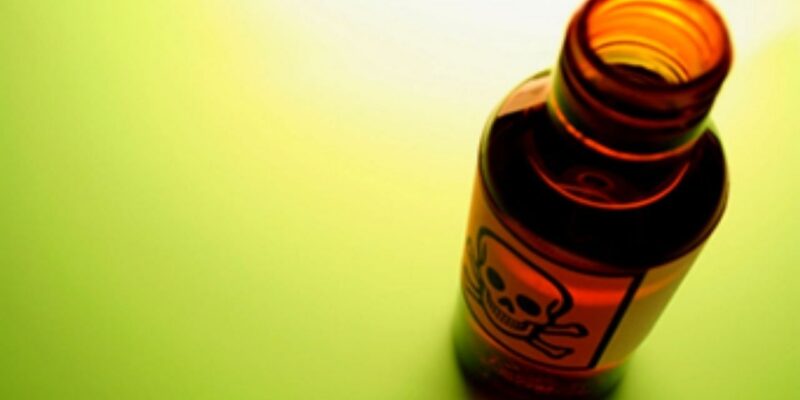 Pankaj Jain, District Magistrate of Dhar district of Madhya Pradesh, was holding weekly public hearings like every time. On Tuesday too, this public hearing was going on as before, but then suddenly the person allegedly consumed poison in the middle of the hearing. This information has been given by the news agency quoting an official. The name of the person who consumed the poison is Chhote Lal and was immediately taken to the hospital, the official said.

According to the official, Chhote Lal is currently admitted in the ICU of the district hospital and is undergoing treatment. He said that his condition is stable now. Referring to the incident, the officer said that Chhote Lal had come to this public hearing in the district magistrate’s office regarding the complaint regarding the encroachment of his land by the sarpanch. However, District Magistrate Pankaj Jain refused to comment in this entire matter.

According to the people present on the spot during this entire incident, Chhote Lal, a resident of Tiwdi village in Dhar tehsil, had allegedly consumed the poisonous substance after reaching in front of a hall located in the district panchayat office. The weekly public hearing of the District Magistrate was going on in this hall. After this the officials present there immediately took him to the district hospital. At the same time, in this regard, Gokul, the family member of Chhotelal, told that the sarpanch of the village has illegally occupied his land, due to which he was upset.

Deputy District Magistrate Saloni Sidana told the media that this person had some problem related to the possession of his land and he had come for the first time in the public hearing. Manish Modi of the district hospital told that Chhotelal has been admitted to the ICU. At present his condition is stable and we are monitoring him.

(with input of news agency language)

Also read: Amidst the power crisis in the state, the Energy Minister is roaming the buffaloes on the roads, people are in awe after the video surfaced

Kitchen Vastu Tips: Vastu defects of kitchen cause discord and money shortage in the house, remove it in time

A horrific accident in Nepal, a bus full of passengers slipped off the road and fell into the river, 32 people died