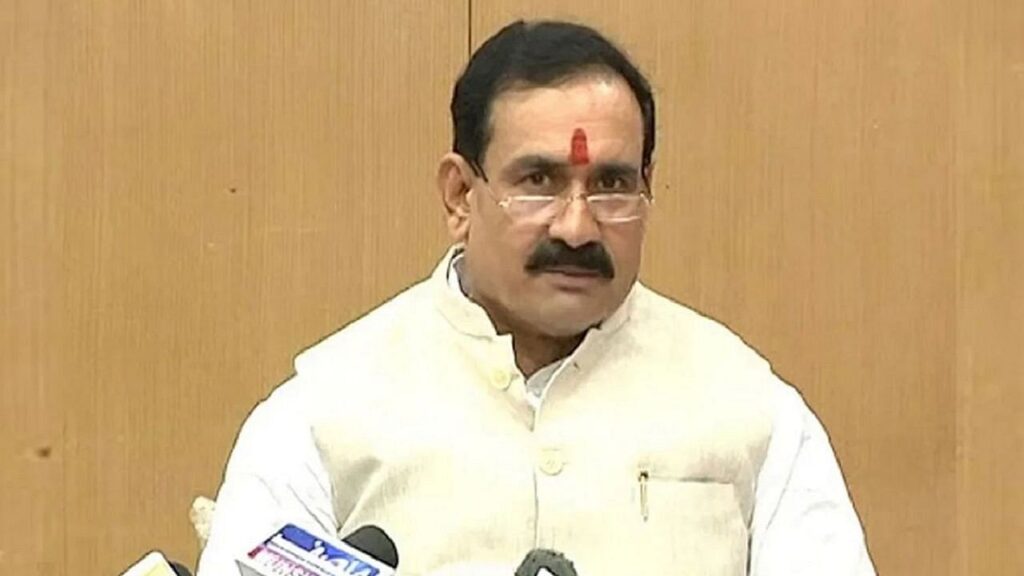 The controversy about comedian Vir Das is increasing. Madhya Pradesh is no longer untouched by this controversy. Madhya Pradesh Home Minister Narottam Mishra has said during a media interaction on Thursday that comedian Vir Das will not be allowed to perform programs in the state. Let us tell you that after a show done by Vir Das in America, he is being opposed a lot in the country. The comedian had read some lines during a show in America, due to which he has come under the target of people. From Bollywood stars to many BJP leaders have started openly opposing Vir Das.

The Home Minister said that several complaints have been lodged with the police against Das for his remarks made in ‘I come from India’s’. He said that we will not allow such clowns to perform. If he apologises, we will consider it. Mishra said that there are some pranksters who try to defame India

Along with Vir Das, the Home Minister also targeted the Congress fiercely. He said that there are some people, who every time try to defame the country and wherever it comes to defame India, only Congress supports it. If Rahul Gandhi defames India by going abroad, then Kamal Nath and Kapil Sibal are also seen standing in the same path.

this is the whole matter

Actually Das had uploaded a video on YouTube on Monday. This video is part of his recent program at the John F. Kennedy Center in Washington DC. In this video Vir Das is reciting a poem titled ‘I come from two India’ (I come from two India). In this English poem, Veer is seen doing evil of India in his own style, for which he has to face fierce opposition. As soon as the video surfaced, many people including Advocate Ashutosh J Dubey of Bombay High Court have filed a complaint against the comedian.

Also read- Madhya Pradesh: Boycott of family for not giving land for temple, condition of Panchayat – If you want to return to society, keep shoes on your head

Also read- Madhya Pradesh: Mentally deranged woman due to lack of son, mob lynched to a pole on suspicion of child theft