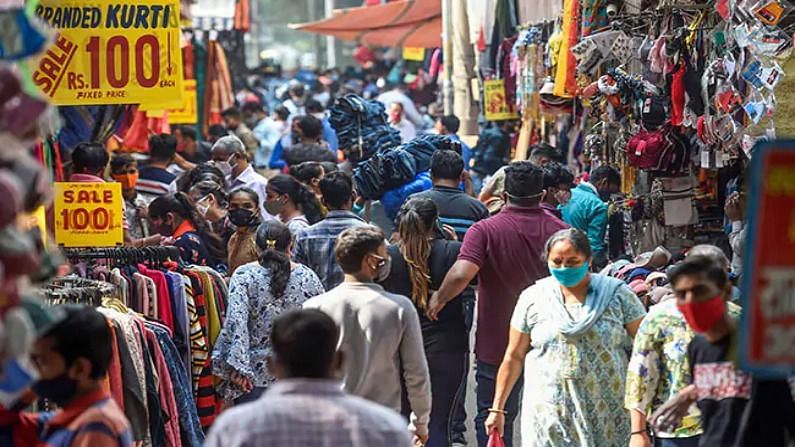 In view of Diwali, crowd started increasing in the markets

Now only a few days are left for the festival of Diwali. In such a situation, people are flocking to the markets for shopping. A huge crowd can be seen in the markets at this time. As much enthusiasm is visible in the people about the festival this time. The general public is showing the same carelessness regarding the corona virus. People in the crowd are seen roaming fearlessly without masks, social distance. This is the reason that the COVID report of two suspected patients in the city came positive on Thursday, just 22 days after the active case was zero in Gwalior.

There are now 2 COVID positive patients in the district. Both the infected patients have recently come from outside. Among them is an army soldier and a medical student. 22 days ago, on October 6, on the day of Pitru Moksha Amavasya, 18 months and 12 days later, active cases were zero in Gwalior.

New patients are starting to meet in big cities

Once again Corona is spreading in the state. People who are coming back from outside. Because of them, the cases have started increasing once again. After Bhopal, Indore and Jabalpur of the state, now new corona positives are being found in Gwalior as well. At the same time, there is also Diwali, in view of the festival, the markets are full. In these filled markets, people are also seen shopping fearlessly from Corona. No one is wearing a mask and no one is seen following social distancing. Even the administration is not interested in following the COVID guidelines.

In the report released from the Health Department on Thursday night, out of 2435 test samples, 2 people have been confirmed to be corona in the report. Active cases were reduced to zero in Gwalior on 6 October. After which not a single case was found. Now after 22 days again after getting two patients of COVID, Corona has knocked.

people from outside are covid positive

Of the two COVID patients found in Gwalior on Thursday, one is an army soldier and the other is a student of a medical college. Army jawan Ajmer has returned to Gwalior 10 days before Rajasthan. Since then he was having cough and cold. On which he got the COVID test done, he has turned out to be positive. The jawan has taken both the doses of the vaccine. Also the second patient is a student of the medical college. He has returned from Manali tour 5 days ago. COVID test was done due to health disturbances. In which he has also been confirmed to be corona. He has also taken the vaccine dose.

Also read- MP: Case filed against Satna BJP MP Ganesh Singh, Congress candidate protested after reaching the constituency even after campaigning was over

Also read- Madhya Pradesh: Fire in electronic shop in Indore, goods worth crores were burnt to ashes; 3 scorched including two firefighters in the blast