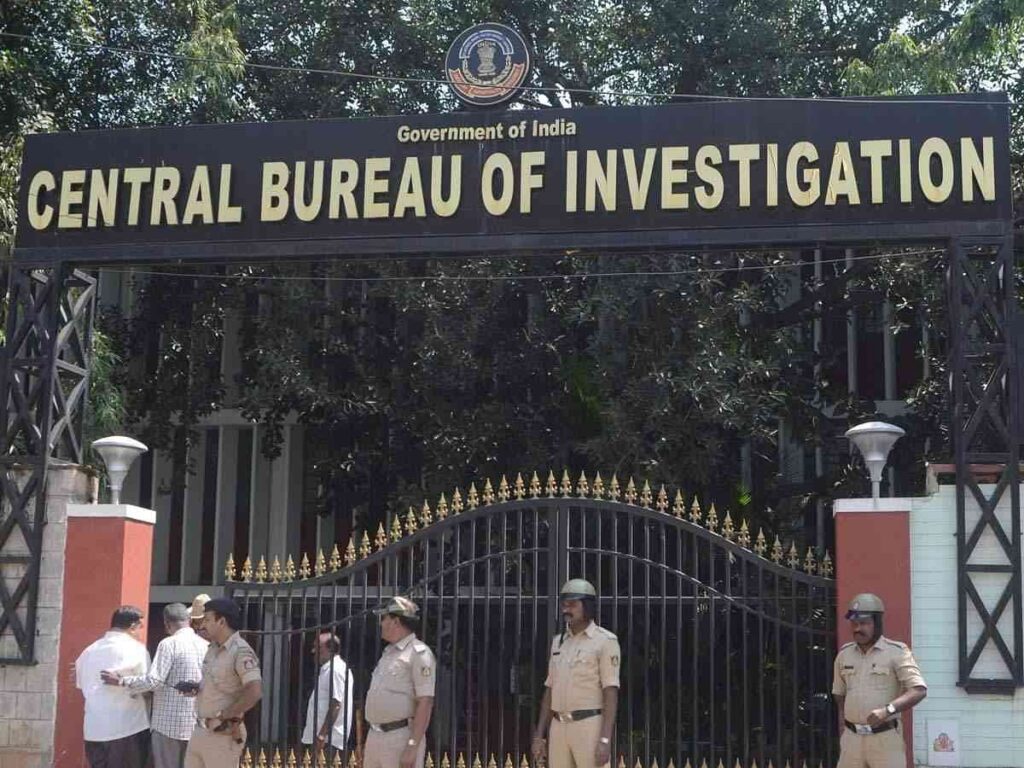 In the fake arms license of Jammu and Kashmir case, an 8-member CBI team on Tuesday raided the house of a former BSF jawan in Kachanav Kalan village of Gormi in Bhind, Madhya Pradesh. is processed. The team of CBI went to Kachanav Kalan village to search the documents related to fake arms license at the house of former BSF jawan Pramod Sharma. According to the information, the CBI has removed the documents from Pramod’s house by breaking the lock of the shelves and also confiscated them.

According to sources, this guerrilla operation lasted for about two hours. After this guerilla action, the team had come back to Bhopal. The CBI has questioned the former BSF jawan several times in this case in the past as well. Former jawan Pramod Sharma has been questioned by the CBI several times by calling the office, but this time the CBI had to confiscate some documents. Seeing this, the CBI team raided Pramod’s house. Let us tell you that a large number of people in the district have arms licenses made from Jammu and Kashmir. This whole matter is of 2 lakh 78 thousand fake licenses.

Raids were conducted at 41 places from Kashmir to Delhi

In the fake arms license case from Jammu and Kashmir, CBI has raided 41 locations including Srinagar, Anantnag, Banihal, Baramulla, Jammu, Doda, Rajouri, Kashtwar, Leh, Delhi and Bhind in Madhya Pradesh. In Bhind, an eight-member team of CBI from Bhopal under the leadership of Inspector Abhishek Swarnkar reached Gormi.
Documents related to fake arms license have been searched for two hours by the team of former BSF jawan Pramod Sharma’s house in Kachanav Kalan village here.

The raids were also conducted on the places of former advisor to the Lieutenant Governor.

Let us tell you that the racket of issuing fake arms license was exposed in Jammu and Kashmir. After that in 2019, its investigation was started by the CBI. The name of Pramod Sharma, a resident of Kachnao Kalan, came up during the investigation. It has been told that Pramod has got fake arms licenses made during his deployment in Jammu and Kashmir in the job of BSF.

Also read- MP: Uma Bharti targeted her own government regarding alcoholism, advised Shivraj government to learn from Bihar and Gujarat