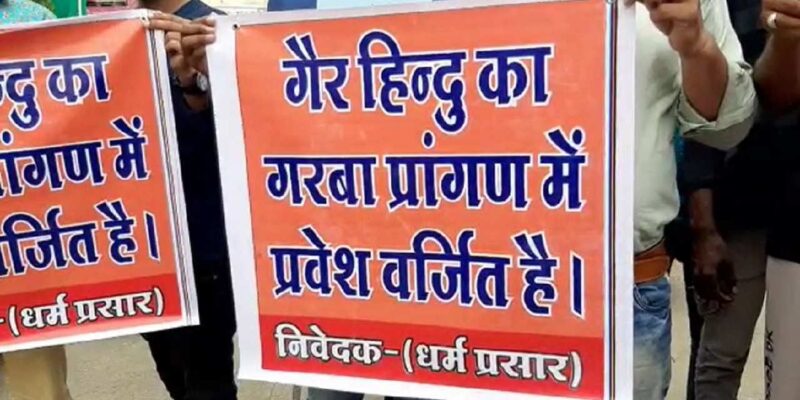 At the same time, the organizers of Garba have also supported these posters put up by Hindu organizations. Organizers say that we will keep an eye on anti-social elements. Now this poster of VHP is becoming fiercely viral on social media. After which many questions are also arising on this.

Will check identity card if needed

Chandan Sharma, in-charge of VHP’s Dharma Prasar Wing, said that we have written in every poster that the entry of non-Hindus is prohibited. People of certain religions come, we have a question from them that when Hindu girls do garba, why have they come. If he is in love with Garba, then he should also bring women from his home to play Garba. Chandan Sharma says that if needed, the identity cards of those visiting the pandals will also be checked.

Organizers also came out in support

Does alcohol also have an expiry date? Keep this thing in mind while buying

Shardiya Navratri 2021: Worship Mata Mahagauri in this way on the day of Ashtami, know its importance