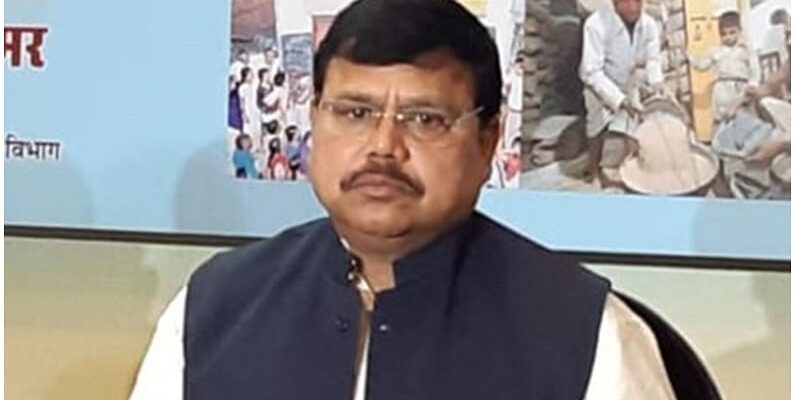 At present, there is a huge power shortage in the entire country including Madhya Pradesh. This problem has arisen due to shortage of coal. On the other hand, a video of Madhya Pradesh Energy Minister Pradhuman Singh Tomar is currently going viral on social media. In this video, the Energy Minister is seen holding a buffalo rope on the road and carrying it. This video is being told of Sunday night. On this day Energy Minister Tomar has returned to Gwalior. He also inspected the power station in Bahodapur on Monday morning, but his taking buffalo on the roads is the most discussed. However, till now the side of Minister Pradyuman Singh Tomar has not come in this matter.

This video of the Energy Minister is going viral on social media, it is only 30 seconds. In this video, Minister Tomar is holding a buffalo rope in his hand. And they are going on the road in the dark clearing the traffic. The police force stationed in his service is going after him. While going out on the road, he is also laughing and laughing.

Sometimes they climb on the sewer and sometimes on the transformer.

Pradyuman Singh Tomar is known for his different style. They do some work in such a way that they come in discussions on social media. Before getting into the sewer and cleaning it. He always dominates social media due to his style of doing cleaning by climbing an electric transformer, doing Shramdaan in the crematorium as well as sitting on the ground and listening to the complaints of the people.

Power crisis is increasing in the state

Two days of coal is left in the Shree Singaji Thermal Power Plant, the largest of Madhya Pradesh Generation Company. The demand for electricity in the state is reaching 10 thousand MW. In comparison, only 3900 MW of electricity is being produced in the state from thermal, water, solar and wind. Remaining power is being drawn from central power.

Also read- Madhya Pradesh: FIR lodged against woman who made Instagram reel by dancing to film songs in Mahakal temple, the matter was not resolved even by apologizing

Also read- Madhya Pradesh: The health of more than 50 people of the same village deteriorated after consuming Bhandara’s food, admitted to the district hospital; 5 in critical condition

Mahindra XUV700 reached the world’s highest motorable road, know what problems the vehicle had to face during the journey

big news! Cabinet and CCEA meeting will be held today at 6 pm, these big announcements were made in the last meeting