Madhya Pradesh: After a long wait, the doors of the temple open for the devotees, know how many people will be able to visit at a time 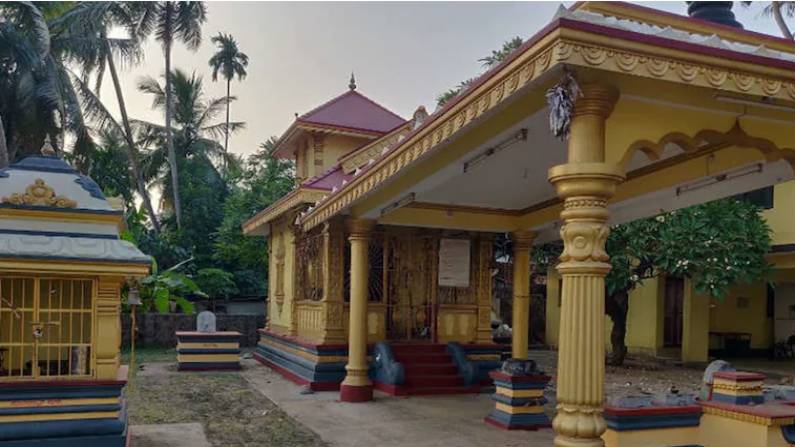 Simultaneously, the decision to open large temples of the state like Mahakal Temple, Ramraja Orchha Durbar and other big temples has been left to the local administration and the collector.

Temples have also been unlocked in Madhya Pradesh. In Bhopal and other districts, almost all the temples have been opened except big temples. However, more than 4 devotees will not be able to see at the religious site at one time. At the same time, the decision to open large temples of the state like Mahakal Temple, Ramraja Orchha Durbar and other big temples has been left to the local administration and the collector. It is expected that they will be opened in the coming days.

From Tuesday, June 1, the Corona curfew has been extended in the capital with some relaxations. The doors of the long closed temples have once again opened to the devotees. What precautions are being taken at Khedapati Hanuman Temple located in New Market, capital Bhopal NewsNCR took stock of it.

In the Khedapati Hanuman temple, the process of people coming to the temple has started since morning, although more than 4 people are not allowed inside the temple at a time. During this, the devotees who came to visit say that they have come to pray to God that the time of crisis that has passed on the country, he should get relief soon. God says that excess of everything is bad, that is why there should be no crowd anywhere.

The priest of the temple, Pt. Deepak Sharma says that more than 4 people are not allowed to come inside, that is why a servitor has also been made to sit at the gate. Along with this, the temple premises are also being sanitized from time to time.

Not unlocked, just given some discount

In view of the situation of Corona in the state, Chief Minister Shivraj Singh Chouhan has decided that at present nothing will be unlocked in the state. Corona curfew was extended in the state till 15 June. However, this time discounts are being given in view of the facilities.

Shops of industries, companies, transportation of raw materials, vegetables, fruits, milk and other essential commodities have opened in the state from today. Along with this, the arrangement of sitting and eating in all restaurants and hotels is closed, but the arrangement of parcels will continue. Public transport will continue in the state. There will be no restriction in coming anywhere inside the state. There will be no ban of any kind in auto rickshaws, taxis, private two and four wheelers. At the same time only 10 people will be able to attend the funeral and death feast and only 20 people are allowed to attend the marriage program to be held in the state.

Along with this, permission has not been given to open crowded places like political, cultural, sports, fairs, schools-colleges, cinema houses, coaching institutes, shopping malls, bars, picnic spots.

ALSO READ- MP: When the patient suffering from illness started crying, the ambulance driver landed on the middle road, the victim was torturing the forelane; died before reaching the hospital

Also read- Madhya Pradesh: A unique girl born in Mandla, weighs so much that you will be surprised to hear