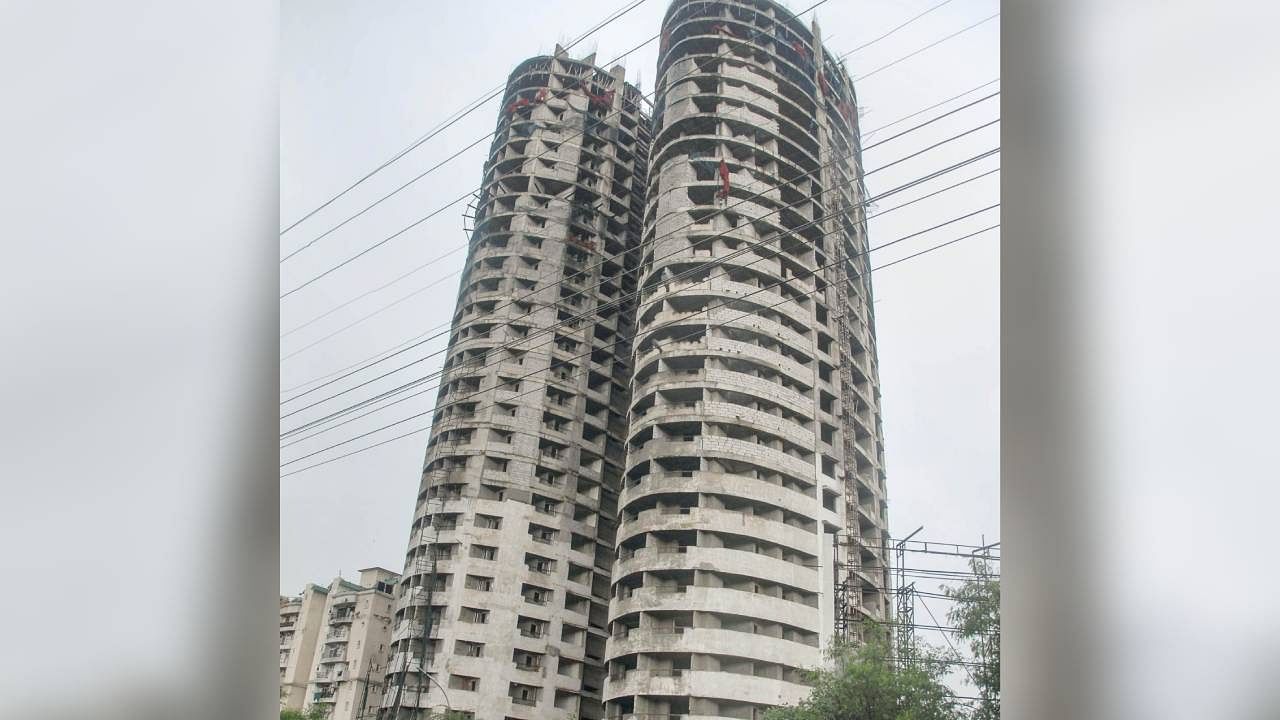 The two towers that were built in the Apex Tower of Supertech Emerald Court were the green belt area in the 17-acre project. Saying this, 660 flats were sold in 15 towers here.

Today we will tell you how when government officials get along with the builder, then the building of corruption starts touching the sky. The builder promises that this is a green area, here you will walk in the morning and evening, your children will play here. You will get clean air, sunshine but as the wall of greed grows, honesty starts to wear away and once again the consumer becomes helpless.

No matter how much the height of the loot house built under the guise of corruption increases, one day or the other, it has to hear the decree of its destruction. Two towers of Supertech in Noida are an example of this. The two towers that were built in the Apex Tower of Supertech Emerald Court were the green belt area in the 17-acre project. Saying this, 660 flats were sold in 15 towers here. It was sold saying that you will get sunshine, air, greenery. Children will play but after meeting the authority, about four times the map was changed and forcibly built two towers in the green belt.

What did the Supreme Court say?

The builder did illegal construction. The buyers were cheated and the Noida Authority supported the builder instead of the buyers. Even the Supreme Court had to say that corruption drips not only from the face of the Noida Authority, but also from its mouth, nose, eyes. The court told the authority that it is sad that you are speaking on behalf of the developers. While you are a public authority, not a private authority.

In the year 2005, Supertech started this project in 17 acres. A total of 15 towers were to be constructed, in which there were 11-11 floors. Apart from this, the green area was also left. But by the year 2011, the builder started construction in the green belt.

When the builder did not stop despite the RWA’s protest, people knocked on the door of the authority. From then till the Supreme Court, this fight was not easy. It was only about those buyers who tolerated the builder’s connivance. Fought till the Supreme Court and won. But in this case of Supertech, one will also have to think about those buyers who had booked flats in those towers. Whom the Supreme Court has decided to break. In 2014, when the High Court ruled to demolish both the towers, the builder put the option of another flat in front of the buyers. But it is alleged that this option was only for show. That is, in the whole system, if anyone is subjected to the most extremes, then he is the consumer.

Also read: Once again the home buyers are falling prey to the delay of builders, RERA granted the delay, FPCE expressed displeasure, know the whole matter

Anupam Kher got angry over not getting India’s watch in Apple Store, expressed anger by tweeting