Like big cities like Lucknow, Kanpur and Delhi, now Unnao also fell in love, becoming a topic of discussion. 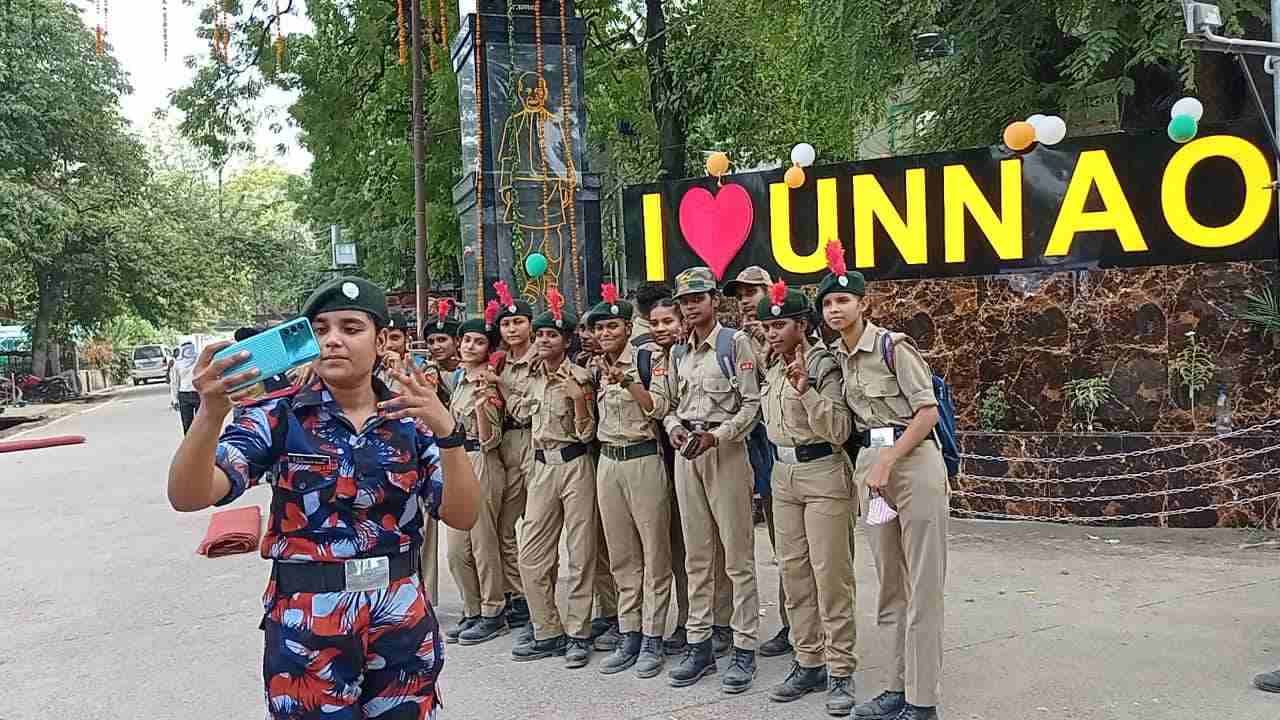 Unnao has also fallen in love on the lines of big cities including Lucknow, Kanpur Delhi, because a selfie point of I love you Unnao has been made in Unnao, which is now a topic of discussion.

Unnao has also fallen in love on the lines of big cities including Lucknow, Kanpur Delhi, because a selfie point of I love you Unnao has been made in Unnao, which is now a topic of discussion. With a unique initiative of Unnao’s CDO IS Divyanshu Patel, it has been beautified along with the Patel gate in the name of Sardar Vallabhbhai Patel. A selfie point has been made in the beautification, in which I love you Unnao is written. Now the people of Unnao will also be able to take photos with ‘I LOVE UNNAO’ openly by reaching the selfie point. Jal Shakti Minister of Uttar Pradesh Government and MP of Unnao has inaugurated Selfie Point by cutting lace.

Let us tell you that on whose shoulders is the development system of Unnao, 2017 batch IAS Divyanshu Patel was posted as Chief Development Officer of Unnao last year. He has done many good works in Unnao continuously, which is being praised everywhere. After becoming a selfie point in Unnao, photos have been posted fiercely on other social platforms including Facebook, WhatsApp, Twitter. In which the people of Unnao have expressed their gratitude to CDO Divyanshu Patel.

People of Unnao are happy with Selfie Point

At the same time, many people also say that till now Kanpur had to go to Lucknow to take photographs at such places. Now Unnao people are also happy with this selfie point being made in Unnao. With the efforts of DM Unnao Ravindra Kumar and IAS CDO Divyanshu Patel, roof top water harvesting systems have been made in 251 gram panchayats of the district. Apart from this, Sardar Patel Gate, I LOVe YOU UNNAO Selfie Point, built on the way to Vikas Bhawan with the efforts of CDO, besides the statues of Sardar Patel, Swami Vivekananda, Shivaji in 16 development blocks of the district, Jal Shakti Minister Swatantra Dev Singh and MP Sakshi Maharaj Launched. DM Unnao Ravindra Kumar greeted by presenting the statue of Hanuman ji and CDO Divyanshu Patel by presenting the statue of Ram Darbar.

‘I LOVE YOU UNNAO’ went viral on social media

During this, District Panchayat President Shakun Singh, Sadar MLA Pankaj Gupta, MLA Anil Singh, MLA Bambalal Diwakar, MLA Shrikant Katiyar, BJP District President Awadhesh Katiyar were present on the stage. At the same time, after the unveiling of the minister, whoever passes by is definitely taking a selfie with I love you Unnao. NCC students have taken selfie at love Unnao point. Which is becoming increasingly viral on social media at this time.