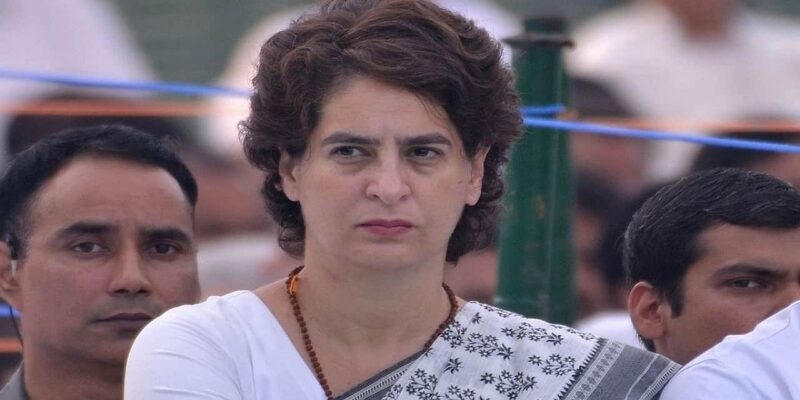 In Sitapur, the administration has temporarily stopped the internet service following the instructions of the government. Internet services will remain closed till further orders.

In Lakhimpur Violence, Uttar Pradesh, there has been an uproar after the ruckus on Sunday. At the same time, on Wednesday, internet service has been stopped in Sitapur amid fears of uproar. Internet services have been temporarily suspended in Sitapur district. Let us inform that Congress General Secretary Priyanka Gandhi has been kept in the guest house of PAC camp in Sitapur. A jammer has also been installed there.

At present, hundreds of Congress workers have gathered outside the camp. At the same time, today Rahul Gandhi will go to Sitapur to meet his sister and party general secretary Priyanka Gandhi. After reaching Lucknow, he will leave for Sitapur. Rahul Gandhi will be accompanied by Punjab Chief Minister Charanjit Channi, Chhattisgarh Chief Minister Bhupesh Baghel and Congress General Secretary Venugopal.

Sachin Pilot and Pramod Krishnan are also going to Sitapur to meet Priyanka Gandhi. At the same time, the government has not allowed the program of Rahul Gandhi to go to Lakhimpur with a five-member delegation, but Rahul Gandhi has clearly said that he will definitely go to Sitapur.

On the other hand, 22-year-old Gurvinder Singh, the fourth farmer who was killed in the Lakhimpur violence after the second post-mortem late on Tuesday, was cremated early on Wednesday morning.

Administration alert regarding the ruckus

Priyanka Gandhi was not allowed to talk to the lawyer

Priyanka Gandhi, lodged in a temporary jail built in the PAC guest house, has alleged that the administration is not allowing her to even talk to her lawyer. He has called his arrest completely illegal. Since the arrest of Priyanka, Congress is seen active in Sitapur to Lucknow and many other districts of the state. Congress workers are protesting from place to place regarding the arrest of Priyanka.

Also read-Uttar Pradesh: Big announcement of CM Yogi! Government will distribute tablets and smartphones to 1 crore youth of UP

Also read- Lakhimpur case: Punjab Congress raises demand for release of Priyanka Gandhi, warns of Lakhimpur Kheri march if she is not released

The plane was flying with a wedding proposal banner, suddenly this dangerous accident happened in the air