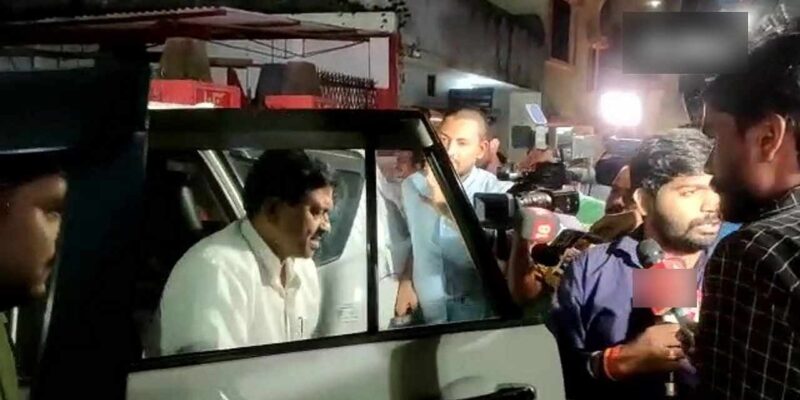 Security at the residence of Union Minister Ajay Mishra has been beefed up in view of possible protests by farmers following violence in Lakhimpur Kheri district of Uttar Pradesh last Sunday. Two companies of the Reserve Police Force (RAF) have been deployed near his parliamentary office and residence. The last ardas of the farmers killed in the violence is to be held on October 12 and thousands of farmers can take part in it. So their security has been increased.

At present, after the arrest of the son, there is silence at the residence of the Minister of State for Home and Ajay Mishra is present at his house. There is no movement being seen right now and his supporters are also sitting silently. Whereas yesterday his supporters expressed displeasure over Ashish’s arrest and raised slogans.

Last Ardas for the farmers killed on October 12

After the Lakhimpur Kheri violence, there is a lot of anger among the farmers and there are protests against it not only in Uttar Pradesh but in many parts of the country. At the same time, the last Ardas of the farmers killed in this incident is to be held in Lakhimpur on October 12. The administration is cautious about this. Because thousands of farmers and leaders of political parties can participate in this Ardas.

Minister of State for Home Ajay Mishra, who reached his residence in Lakhimpur Kheri, termed the allegations against Teni’s son Ashish as baseless and said that he was not present on the spot. At the same time, yesterday Ashish had also reached before the police with all the evidence.

Also read: Lakhimpur Kheri case: My son was not present on the spot, 3 BJP workers were beaten to death: Union Minister Ajay Mishra

Beauty Tips: To avoid skin infection, use glycerin in this way