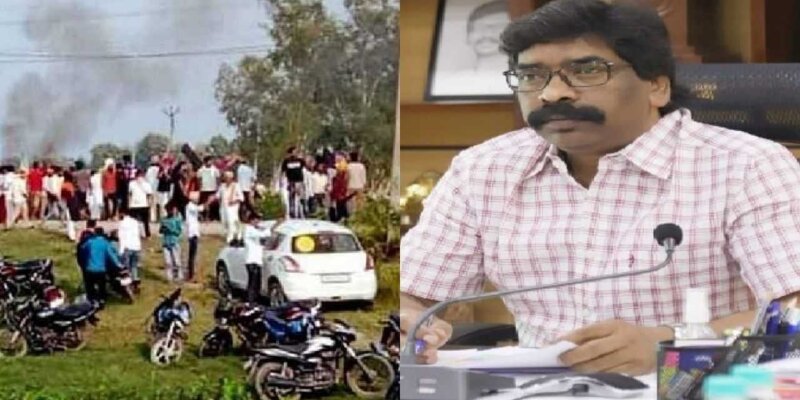 In protest against the Lakhimpur Kheri incident, supporters of political parties of Jharkhand demonstrated in several districts of the state including the capital Ranchi, Giridih and Pakur and demanded action from the BJP government of Uttar Pradesh.

Punishment will be given in public court

Chief Minister Hemant Soren, while reacting sharply to the incident of Lakhimpur Kheri, said that it has become clear from this incident that the country is running on God’s trust and the public’s court will give its punishment in the coming time. He said that we and our party Jharkhand Mukti Morcha have full condolences to the farmers killed in this incident, for which candle march is being taken out across the state and we also condemn the whole incident. Let us inform that 8 people died in the violence that broke out in Lakhimpur Kheri in Uttar Pradesh on Sunday. It is alleged that 4 farmers who were protesting were killed when the car of Union Minister of State for Home Ajay Mishra’s son Ashish Mishra collided. After this, four more people have died in the violence.

Jharkhand Panchayat Chunav: The exercise of holding Panchayat elections soon intensified! Now elections can be held in December or January

895 people died due to corona virus for the third consecutive day in Russia, yet there will be no lockdown