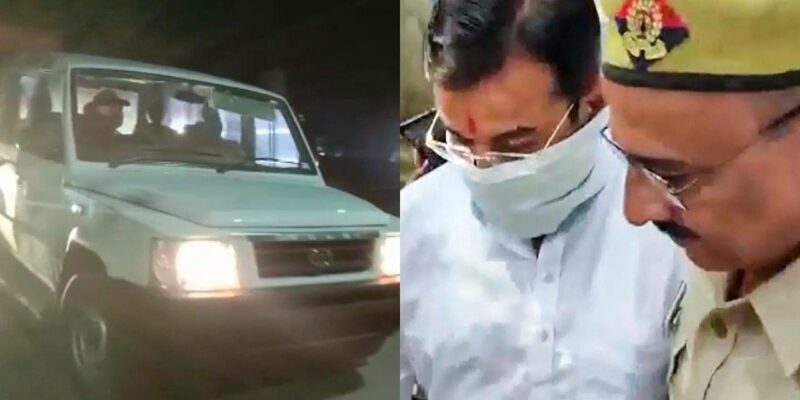 Ashish Mishra has been sent to jail before the completion of his police remand in the Lakhimpur Kheri violence case.

The recreation of the incident in the Lakhimpur Khiri Violence case was completed today. Now the SIT has sent the accused Ashish Mishra to Lakhimpur Kheri Jail. Ashish was currently on police remand. His remand was to be completed at 10 am on Friday, but he has been sent to jail by the police (Ashish Mishra Send To Jail) before the completion of the time. In the violence case, CJM Chinta Ram of Lakhimpur-Kheeri district court sent Ashish Mishra to three-day police remand from October 12 to 15.

The SIT team took him to jail. In the hearing held on Wednesday, the court had rejected the bail plea of ​​accused Ashish Mishra. The police had taken Ashish Mishra to Tikuniya village to do the recreation today. The team under the leadership of DIG Upendra Agrawal of the Special Investigation Committee did Tikunia Scene Recreation. The investigation team took the main accused Ashish Mishra, Ankit Das, Gunner Latif and driver Shekhar Bharti to the spot and the scene was recreated.

A heavy police force was present on the spot during this period. The entire area was barricaded and sealed. The police had made three black effigies for scene recreation. A jeep was brought to the spot from behind in the same way as the Thar jeep was seen crushing the farmers in the viral video of Lakhimpur violence.

Trying to know the location through mobile

Earlier, senior officials of the Special Investigation Team (SIT), probing the case, interrogated the accused at the spot and tried to know when and where they were present at the time of the incident. What was the whole event of that day? It is being told that after interrogation and investigation here, the police team will also take Ashish Mishra to his village. Police are now trying to find out whether Ashish Mishra was present at the time of the incident or not. Now the entire investigation rests on his mobile location. The team probing the matter has started scrutinizing the data of the mobile tower.

Also read- Where were the other accused including Ashish Mishra during the violence? SIT did the scene recreation of Lakhimpur Kheri incident by taking them to the spot

Aryan Khan shifted from Quarantine Barrack to Common Cell of Arthur Road Jail, decision on bail will come on 20th