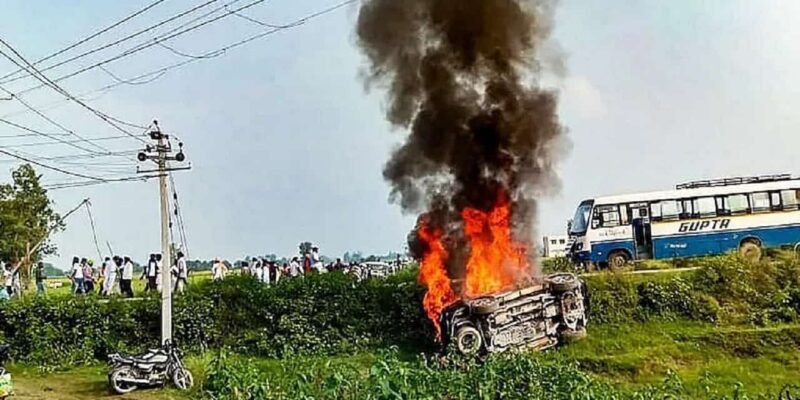 Delhi CM said that on one hand the government is celebrating 75 years of independence. On the other hand, leaders are being prevented from going to Lakhimpur Kheri.

Politics has heated up after the violence that took place in Lakhimpur Kheri district of Uttar Pradesh on Sunday. At the same time, the Chief Minister of Delhi has launched a scathing attack on the Modi government at the Center. Accusing the Modi government, the CM said that the central government is engaged in saving the killers. During this, the CM told that the entire system has been crushed in Lakhimpur Kheri. Asking questions to the government, the Chief Minister of Delhi said that what the farmers have done to the government. By holding a press conference, the CM spoke one after the other on the central government regarding the incident of Lakhimpur Kheri.

Lakhimpur Kheri is being discussed in the country

Significantly, the CM said that what is the compulsion of the government. Why are they being saved? In front of such a crowd, someone should go out crushing so many people and the whole system should go to save that killer. Used to see this only in Hindi films. Today every countryman is seeing on TV and social media that the car came and went after trampling the farmers. The way the whole government is trying to save the killers, what is the message being given by this? That car has crushed not only the farmers present there, but all the farmers of the country, the entire government and the entire system.

Why is being stopped from going to Lakhimpur – CM

During this, the CM of Delhi said that while on the one hand the government is celebrating the completion of 75 years of independence. On the other hand, opposition leaders are being prevented from going to Lakhimpur Kheri. They are being put in jail, what freedom celebration is this, the British used to do this. Is this why our ancestors had sacrificed for freedom, after all what is it that is being hidden.

Let us inform that the CM said that the whole of India wants to know what happened in Lakhimpur, who climbed the car, why the car climbed, it is the right of the people of the country to know the truth. For the last one year, the farmer has been sitting on the border with his demand. Due to this, more than 600 farmers have lost their lives. At the same time, today the car is being driven on the farmers, why is there so much hatred for the farmers. What kind of logic is that. Prime Minister, the country wants that the accused should be arrested and the Union Minister should be removed from the post.

read this also: Delhi: Prisoner was trying to commit suicide in Tihar Jail, then his life was saved like this

Good news for the farmers of Palghar! International marketing of ‘Vada Kolam’ rice