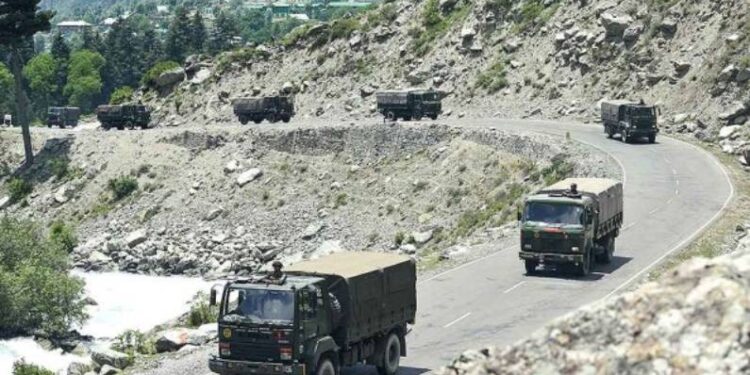 Army Chief General Manoj Mukund Naravane is monitoring the preparedness of the army along the LAC and has personally visited the Ladakh sector seven-eight times to take stock of the situation there.

There has been a military standoff between India and China at several places along the Line of Actual Control (LAC) in Eastern Ladakh since last year. During this, in the midst of increasing military activities by the Chinese military, top Indian Army officials will hold a high-level meeting next week, in which information will be given about the operational preparedness of the army.

News agency ANI quoted a source as saying, “The preparedness of the Indian Army to deal with any situation will be discussed in the meeting, which will include all Commander-in-Chief rank officers.” Sources said that this meeting is to be held from June 16 and will last for two days, in which other security issues facing the country will also be discussed.

Army Chief General Manoj Mukund Naravane is monitoring the preparedness of the army along the LAC and has personally visited the Ladakh sector seven-eight times to take stock of the situation there. The Chinese military is conducting large-scale military exercises in its traditional training areas, including the places from where they aggressively moved towards the Indian front last summer.

The Indian Army is hopeful that it will resolve the issue soon as they are in talks with the Chinese Army. Military and diplomatic negotiations facilitated the withdrawal of troops from the Pangong Lake area. There has been no concrete progress so far on the withdrawal of troops from the remaining areas as the stand of the Chinese side did not show any change in the 11th round of military talks.

The two countries have been engaged in a military standoff for more than a year after China showed aggression in Indian territories. India gave a befitting reply to China and deployed more than 50,000 soldiers and heavy weapons to stop China’s Bandar Ghurki. Last month, Army Chief General MM Naravane had said that there can be no de-escalation of tension in eastern Ladakh till a complete withdrawal from all conflict points and the Indian Army is prepared for any emergency in the region. General Naravane had also said that India is dealing with China ‘strictly’ to ensure the dignity of its claims in eastern Ladakh.

Also read- ‘Rita Bahuguna Joshi will have a conversation with Sachin Tendulkar, there is no talk of mine’, Pilot said on the question of joining BJP