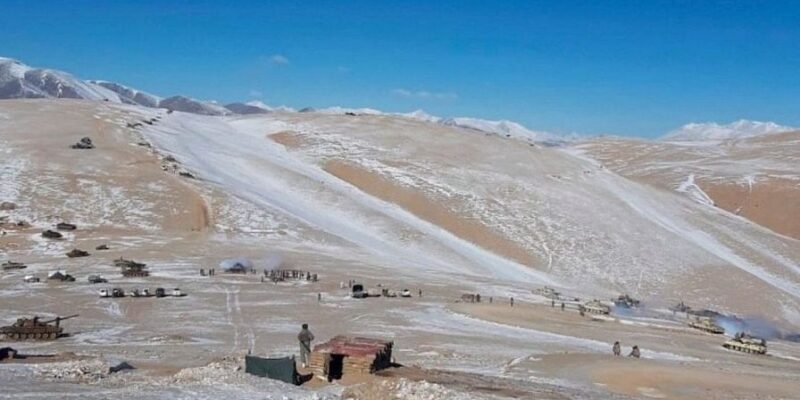 Another round of high-level military talks between India and China will take place on Sunday with a focus on making some progress in the process of withdrawal of troops from the rest of the confrontation points in Eastern Ladakh. Government sources gave this information. According to news agency PTI, sources said on Saturday that the talks will start at 10.30 am at the Moldo border point on the Chinese side of the Line of Actual Control (LAC) in eastern Ladakh.

India is expected to press for resolution of the issues at Depsang Bulge and Demchok, besides demanding withdrawal of troops from the remaining points of confrontation at the earliest. The 12th round of talks between the two countries was held on 31 July. A few days after the talks, the two armies completed the withdrawal of troops in Gogra, which was seen as an important step towards the restoration of peace in the region.

The 13th round of talks will take place in the backdrop of two recent incidents of infiltration attempts by Chinese troops. In Sunday’s talks, the Indian delegation will be led by Lt Gen PGK Menon, the commander of the 14th Corps based in Leh. These incidents took place in the Barahoti sector of Uttarakhand and the other in the Tawang sector of Arunachal Pradesh.

Indian and Chinese troops had a brief standoff near the Yangtze in Arunachal Pradesh’s Tawang sector last week and it was resolved after talks between local commanders of both sides as per established protocol. Sources gave this information on Friday. Even a month ago, there was an incident of skirmish between the soldiers of both the countries after about 100 Chinese soldiers crossed the LAC in Barahoti sector of Uttarakhand.

Military construction by China a matter of concern – General Naravane

Chief of Army Staff General MM Naravane on Saturday said the development of new infrastructure to sustain the military build-up and large-scale deployment by China in the eastern Ladakh region is a matter of concern. He also said that if the Chinese army maintains deployment even during winter, it could lead to a LoC-like situation, though not the same as an active LoC, as is the case with Pakistan on the Western Front.

Since the standoff began on May 5 last year, the two countries have held 12 rounds of military talks aimed at the withdrawal of troops from the points of confrontation and de-escalating tensions. There was a violent clash between the two countries in the Pangong Lake area and after that both the countries had deployed thousands of soldiers with equipment at many places. After this, in the biggest confrontation in the last four decades, on June 15, 2020, 20 Indian army personnel were martyred in a skirmish in the Galvan Valley. Eight months after the clash, China also admitted that four of its military personnel were killed.

Supreme Court reprimanded the woman who reached the court against the demolition of ‘Corona Mata’ temple, imposed a fine of Rs 5000