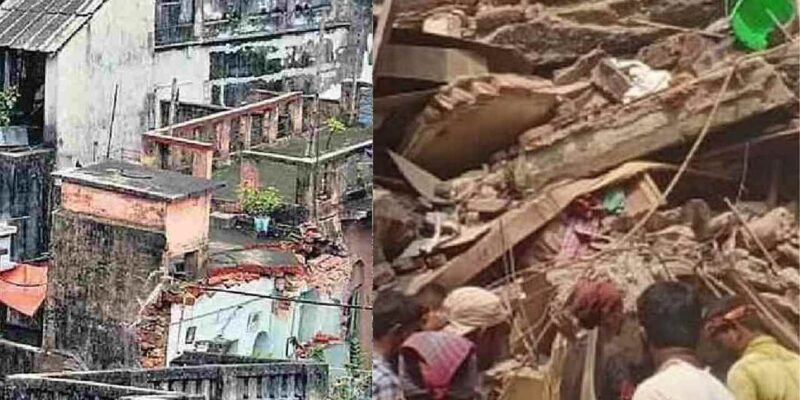 Mahasaptami in Kolkata, the capital of West BengalMahasaptami) on the day of Durga Puja (Durga PujaPeople were immersed in the enthusiasm. One person was killed, while four people were injured when a part of a house collapsed again in central Kolkata. The injured have been admitted to hospital. His condition is still critical. Please inform that during the last one month Kolkata (Building CollapsedThis is the third incident of house collapse and death. Earlier, six people have died in two separate incidents due to the collapse of the house.

The incident took place in Central Kolkata’s Canal East Road No. 35. One person died when part of the roof of the house collapsed. The deceased has been identified as Alauddin Ghazi, while four people have sustained serious injuries. He has been taken to NRS Hospital. There he is undergoing treatment.

The factory used to run in the house, repairs were being done during the worship

There are around 3000 dilapidated buildings in Kolkata

According to municipal records, the number of dangerous houses in the city is about 3,000, but the employees of the building department say that according to them, the municipality has no information about the number of such houses in the city. If someone complains, the municipality can know that the construction is illegal, then it is investigated. Municipal sources said that despite having a city-based team, due to lack of civil servants, monitoring work on illegal constructions is not being done properly. But despite the ‘disease’ of illegal construction being so old, why is the Municipality not properly informed about it? This question has arisen in the part of the city administration.

Delhi Terror Bust: Arrested PAK terrorist was about to do ‘lone wolf attack’ in India, was living as a Maulana in Delhi