Know who are those four people, who are going to space on the basis of ‘money’ without becoming an astronaut! 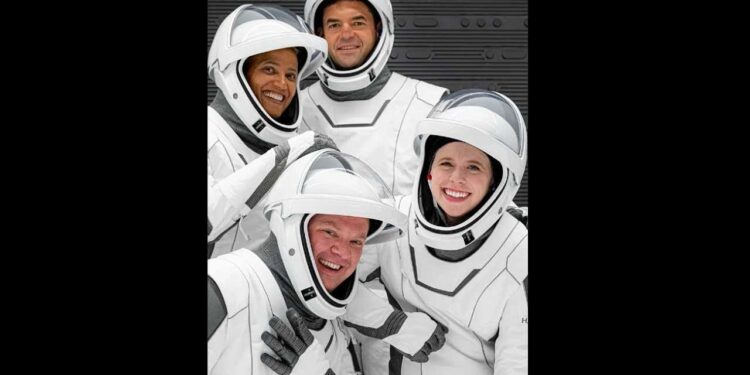 SpaceX is sending an all-civilian crew to space.

In such a situation, we know who are included in this special civilian crew, who are going to travel to space without becoming an astronaut. Also, you will know that the special facts related to this entire project, which are quite interesting…

Jared Isaacman: Isaacman, who is the founder and CEO of e-commerce firm Shift4 Payments, will be responsible for this special crew. He started the company in the year 1999 from the basement of his house and the special thing is that he was only 16 years old at that time. Now his company is the leading payment technology company with 1200 employees. Isaacman is considered one of the most influential business leaders in the industry. He is a professional pilot and trains pilots of the US Air Force through his pilot training company.

Haylie Arcanoe: Hayley is being discussed the most in this crew. One, because of his age, he is getting special recognition. Actually, 29-year-old Hayley will become the youngest American citizen to go to space. Apart from this, there are other cancer survivors who have defeated bone cancer. Hayley, who graduated in the year 2014, has now completed her treatment and she is in St. Jude, who saved her life. She is going to space as a medical officer.

Chris Sambrowski: According to the information given by SpaceX’s website, 42-year-old Chris has been a pilot of the US Air Force and has been interested in space-related missions since childhood. Even in his college time, he was associated with many space programs. Currently, Sambroski is working in Aerospace Industry with Chris Aerospace and Defense manufacturer Lockheed Martin.

Sean Proctor: According to SpaceX, 51-year-old Proctor is a professor of geology at a college in Arizona. Along with this, he is also recognized as a geoscientist, explorer, science communication specialist. His father has also been associated with NASA and has completed four analog mission missions, playing the role of an analog astronaut. She herself has participated in NASA’s space program many times.

Also read- Does goat’s milk really work as a ‘medicine’ in the treatment of dengue? Now getting one liter in 1500