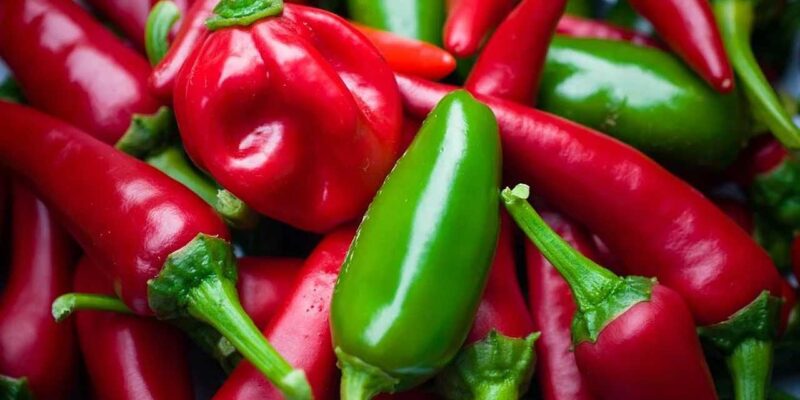 Carolina peppers are found in large quantities in America.

Whenever there is a slight chill in the vegetable or any food, then your condition must have worsened. But, people who like spicy food, they eat two-three chilies comfortably. This is a matter of simple chili in your house. But, there also comes a chili, which is so pungent that once someone had eaten three pieces of that chili, then its world record was made. You can guess how spicy this chili must be that till date no one has been able to eat it more than three, because the name of the one who ate 3 chilies got included in the Guinness Book of Records.

What is world record?

First let us tell you what is the name of this chili. Actually, the name of this chili is Carolina chili and it is considered to be 440 times more pungent than this common chili. A person had eaten these three chillies in less than 10 seconds, after which his name was included in the Guinness World Records. It is believed that before this no one had eaten such a hot chili, even a small piece of which can spoil the situation.

Everything about this chili

It grows on a Chinese plant in a way. This chili is red in appearance and is quite thick. The thick chili that comes in India is very less spicy. But, this chili is similar in appearance. In the year 2013, its name was included in the Guinness Book of World Records as the hottest chili. Earlier the name of Trinidad Scorpion was “Butch T”, but now this name has changed.

The amount of capsaicin in it is very high, due to which you feel a burning sensation or pungency of chili. In the year 2017 also, this chili has been considered as the hottest chili. The heat level in this chili is considered to be 1,641,183, which is quite high.

According to the information given by the American Chemical Society, there is a chemical in chili, which is called Capsaicin. This Capsaicin is the root of all the problem. When it comes in contact with human tissue, it starts burning sensation and burning sensation starts. The tongue contains TRPV1 pen receptor, when Capsaicin comes in contact with it, it informs the brain that if you have eaten something like this, then you should not have eaten and this is affecting the pen receptor.

Also read- If suppose you have fever, cold now, then should you get corona test done? what do doctors say

A balloon full of tourists suddenly burst in the sky, then started screaming in the air itself