Kisan Aandolan: Protesters rehearsed ‘Parliament march’ at Ghazipur border! Suddenly, the police were shocked to see the crowd that came with Rakesh Tikait. 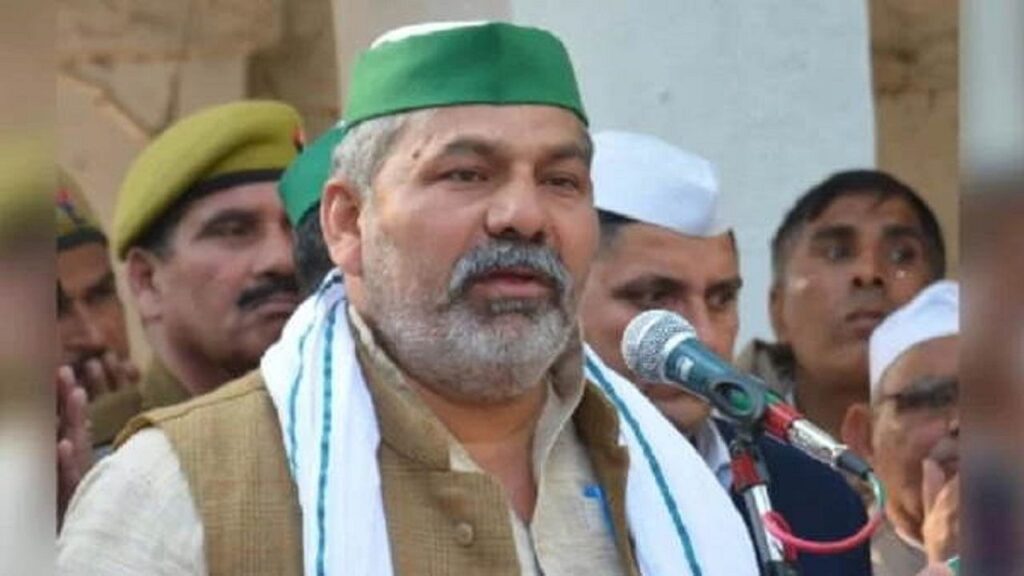 On 26 November to mark the completion of one year of the Kisan Aandolan, and on 29th November, the spokesperson of BKU (BKU) Rakesh Tikait asked the office-bearers to be ready. said. During this, hundreds of farmers standing on the Ghazipur border reached the barricading on Delhi-Meerut Expressway and NH-9 on Friday evening. After this, the workers took out a march on the border and announced a march to Delhi. After which the farmers reached the barricading on the border of Delhi raising slogans. However, after some time the workers started returning to their camps and called this march a rehearsal.

In fact, according to the information received from the media, 200 to 250 farmers gathered at the UP Gate at around 5 pm under the leadership of BKU spokesperson Rakesh Tikait. During this, Rakesh along with Tikait reached the barricading on the Meerut Delhi Expressway via the road (NH-9) equal to the Kisan Manch. The police force deployed on the border became active after hundreds of farmers together with Rakesh Tikait reached the barricading. However, after some time Rakesh Tikait asked the farmers to walk back downstairs. After that all the farmers came down at the UP gate.

Farmer leader Rakesh Tikait said that the fight will go on for a long time as the government wants to tire the farmers and the farmer is not going to get tired. He said that once crops are traded in the hands of corporate companies, the farmer will be devastated and he will be forced to sell the fields to these companies due to losses.

Let us inform that due to the farmers reaching the barricading, the police force deployed on both sides of the border has become alert. Along with this, police officers and security forces personnel are keeping a close watch on every action of the farmers.

But the police and security forces personnel heaved a sigh of relief when the farmers returned in a short time.