Khargone Violence: There was no relaxation in curfew, the administration appealed to the people to celebrate Eid and Akshaya Tritiya at home 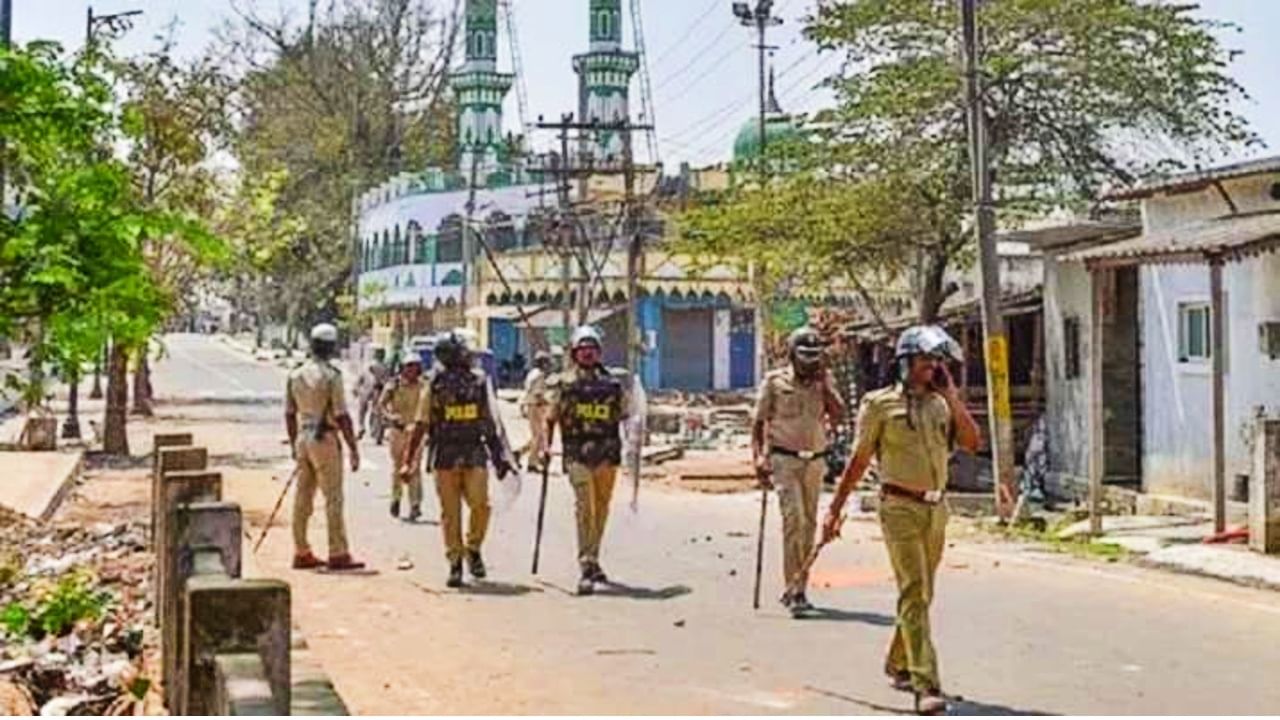 There was no relaxation in curfew in Khargone.

Violence broke out during Ram Navami processions in Khargone district on April 10, after which curfew was imposed in the city. For the time being, security has been tightened and all religious places in the city will remain closed on Tuesday i.e. today.

Madhya Pradesh (Madhya PradeshIn the violence-hit city of Khargone, the administration has decided not to relax the curfew on Tuesday. Along with this, the district administration has asked people to celebrate the festival of Eid-ul-Fitr and Akshaya Tritiya at home. Actually, violence took place in Khargone on April 10 during Ram Navami procession, after which curfew was imposed in the city. On this matter, an official said that security has been tightened in Khargone and all religious places of the city will remain closed on Tuesday i.e. today.

Sub-Divisional Magistrate Milind Dhoke said during a media interaction on Monday night that there would be no relaxation in curfew on Tuesday to ensure peace and law and order in the city. He told that people of all communities have agreed to celebrate the festival in their homes. He said that earlier the administration had announced 24-hour curfew on May 2 and 3. But it was relaxed for nine hours on Monday. Last Sunday night, Indore’s Divisional Commissioner Pawan Sharma and Inspector General of Police Rakesh Gupta reached Khargone and held a meeting with the officials.

During this, Khargone’s in-charge Superintendent of Police (SP) Rohit Kashwani told reporters that additional security forces, including mobile units, have been deployed to strengthen security in the city. Drone cameras and 171 CCTVs have been installed to monitor the situation in the city, as well as temporary jails for those violating the curfew, he said. The SP said that all religious places will remain closed on Tuesday and flag march has been done in the city.


Curfew was imposed in Khargone after the violence on April 10

Apart from this, emergency services like fire brigade and ambulance have also been asked to be ready. Eid-ul-Fitr is being celebrated across the country on Tuesday on the end of Ramadan, the holy month of the Muslim community. Let us inform that the festival of Akshaya Tritiya, which is considered auspicious for the beginning of new business, marriage and investment in gold, and Parshuram Jayanti is also being celebrated on Tuesday. Since, after the violence on April 10, curfew was imposed in Khargone. After which from April 14, the local administration is relaxing the curfew for a few hours daily.