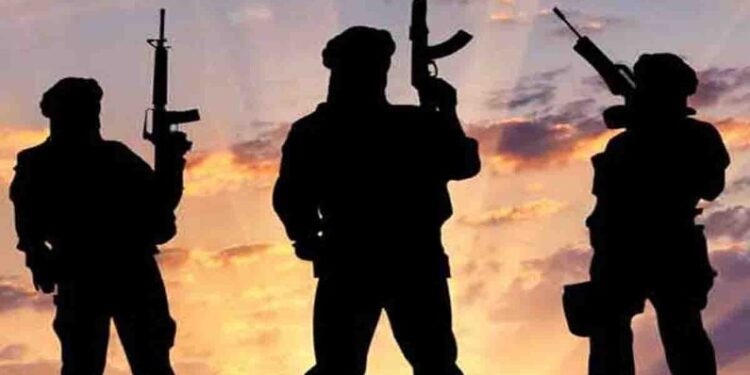 By the first of June this year, the security forces had killed 48 terrorists in the encounter. In this, 23 terrorists were killed in Shopian and 13 in Pulwama.

More than 100 days have passed since India and Pakistan agreed to ceasefire on the Line of Control (LoC). During this time, Pakistan may not have carried out a single ceasefire incident, but it is not at all that Pakistan has improved its antics or that its terrorist plans in Kashmir have stopped. The ceasefire is in force on the LoC between India and Pakistan from February 25.

If we look at the figures of the last two years, in the year 2020 166 and in 2019 119 Kashmiri youth had joined terrorist organizations. But Indian security forces have killed most of the new gun-picking terrorists within just 2-3 months due to their involvement in terrorist incidents.

The slain terrorists included 16 of Hizbul Mujahideen (HM), 11 of Lashkar-e-Taiba (LeT), 3 of Jaish-e-Mohammed (JeM), 9 of Al Badr, 4 of Ansar Ghazwat ul Hind and 4 other terrorist organizations. of are included. In the year 2020, the security forces had killed 221 terrorists in different encounters in the valley. At the same time, the number of terrorists killed in 2019 was 158.

Pakistan may be trying its best to show itself clean on paper before the FATF (Financial Action Task Force) meeting, but the truth is that there has been no change in its policy of terror on the ground.

India and Pakistan had agreed to strictly abide by the ceasefire agreements, and mutual agreements, along the Line of Control and all other areas from the midnight of February 24-25. Military officials had also said that there would be no reduction in the deployment of troops or military operations along the Pakistan border to fight terrorism and infiltration.

Also read- Covaxin: US has not approved the use of Covaxin, now Ocugen Inc. will apply in this manner

Also read- That take of the Indian Army, which destroyed 48 tanks of Pakistan. General whom the enemy himself told Fakhr-e-Hind