Karnataka: This is the first assembly session of CM Bommai amid caste-based census and reservation dispute, monsoon session will start from today 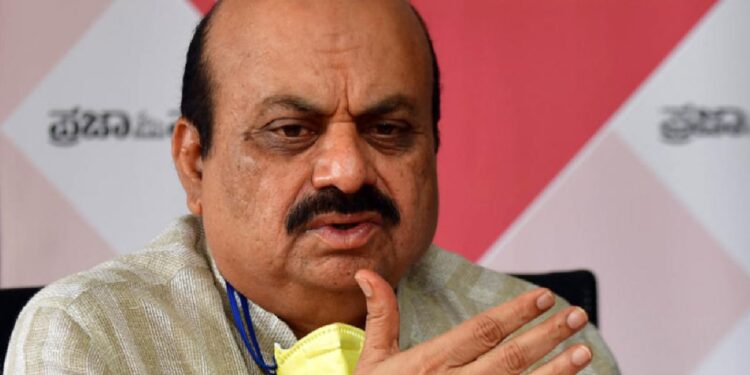 Both groups are trying to garner support for their cause, which adds to the pressure on Bommai, who has less than two years left in the top chair before elections in 2023.

Karnataka (Karnataka) Monsoon session from today in (Monsoon Session) has started. At the same time, for the first time after taking oath on July 28, Karnataka Chief Minister Basavaraj Bommai (Chief Minister Basavaraj Bommai) We are going to face the monsoon season. According to the information received, this session is expected to last till at least 24 September. On the other hand, this session has started at a time when the Bommai government is facing increasing pressure on the demands of reservation of backward and dominant castes and the release of the 2015 caste census data.

In the midst of both the demands, CM Bommai has been assuring both the parties till now that and has been promising to look into their demands. Major caste groups such as Lingayats and Vokkaligas have demanded that the findings of the 2015 Socio-Economic and Educational Survey not be released as it would adversely affect the status of the two largest communities in the state.

Demand for release of survey data

A group of extremely backward castes has also moved court in August, demanding that Bommai release the data of the survey conducted by the Siddaramaiah-led Congress government at a cost of Rs 160 crore. Extremely backward caste groups have also demanded that the largest sub-Panchamasali of Lingayats should not be included in the 2A category of the state reservation list as it would deprive small, micro, extremely backward and invisible communities from benefits from the government. will be deprived.

On the other hand, if the government does not include Lingayats in category 2A of the state reservation list, Bommai may face a tough challenge to stop the Panchamasali community from taking forward its agitation from September 15. Both groups are trying to garner support for their cause, which adds to the pressure on Bommai, who has less than two years left in the top chair before elections in 2023.