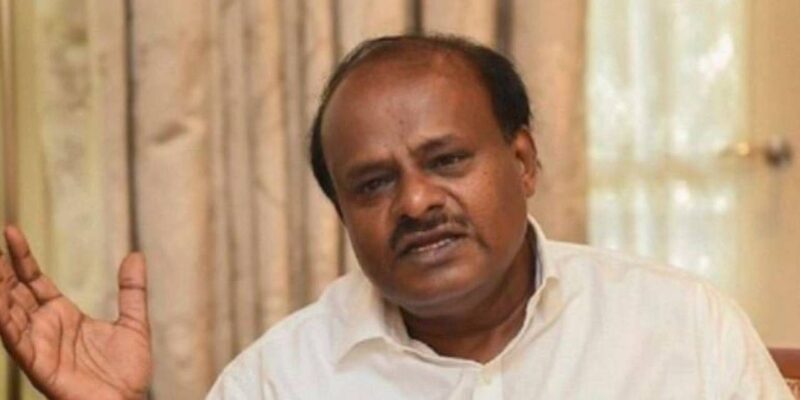 Former Karnataka Chief Ministers Siddaramaiah and BS Yediyurappa on Wednesday rubbished JD(S) leader HD Kumaraswamy’s claim that they had a secret meeting. Kumaraswamy had on Tuesday claimed that the Income Tax department’s recent raid on a person believed to be close to Yeddyurappa was an attempt by the BJP leadership to “control” Yeddyurappa after his alleged meeting with Siddaramaiah.

Senior Congress leader Siddaramaiah challenged Kumaraswamy and said he would retire from politics if it was proved that such a meeting had taken place. On the other hand, senior BJP leader Yeddyurappa has termed Kumaraswamy’s claim as “far from the truth and meaningless”. Siddaramaiah said, ‘I had gone to meet Yeddyurappa on his birthday. I had not met him personally as chief minister or leader of opposition. I have not met him (personally) till date. We were both in the same hospital when we got infected with the corona virus, even then we did not meet.

Talking to reporters in Kalaburagi, he claimed that Kumaraswamy used to meet him frequently when Yeddyurappa was the chief minister. Yediyurappa, on the other hand, without naming Kumaraswamy on social media, rubbished the claim of his meeting with Siddaramaiah. He said that he never compromised on his ideology and his only aim was to bring the BJP back to power in Karnataka.

Yediyurappa tweeted, “Other than my birthday on 27 February 2020, I have not personally met Leader of Opposition Siddaramaiah. There is no need for me to have such a meeting. We are in the party which is working to bring the BJP back to power in the state.

Talking to reporters, Kumaraswamy had claimed that the Income Tax Department’s recent raids on contractors belonging to the Water Resources Department, a person said to be a personal assistant of former Chief Minister BS Yeddyurappa, were an attempt by the Bharatiya Janata Party to “control” Yeddyurappa. Is. These raids took place after Yeddyurappa met Congress leader Siddaramaiah late last night. He said, “Even a person with little knowledge of politics can understand why the recent income tax raids took place…the income tax raids had a political purpose…it was to control Yeddyurappa as both (Siddaramaiah and Yediyurappa) had a meeting late at night over the political developments and the ruling BJP, both at the Center and in the state, came to know about it from its sources and probably took strict action.

read this also- Jammu Kashmir: ‘If my grandson grows up, I will send him in the army too’, said mother of Naib Subedar Jaswinder Singh, who was martyred in Poonch encounter

read this also- If you earn more than husband, are more successful then you are more likely to be subjected to domestic violence: Study