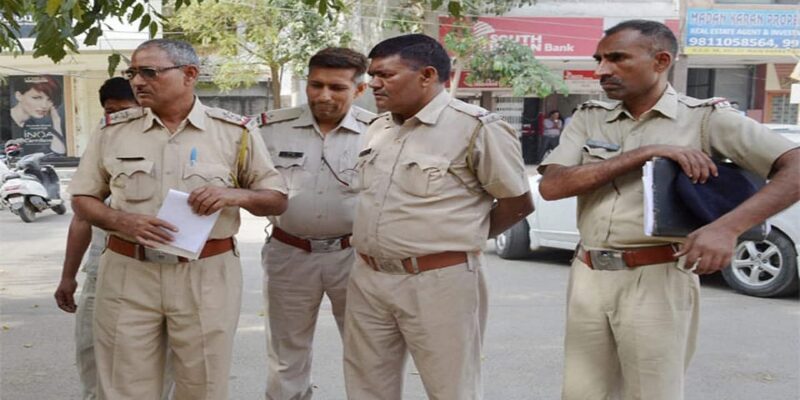 Muslim students in Karnataka have shared a video in which a man is shown entering a hospital and threatening them if they complain to the police. Also, after the students were discharged from the hospital, the man threatened to stab them and file false cases against them. In fact, a clash broke out in Ilkal town of Bagalkot district over the protest of a Muslim boy wearing a cap. Two students were seriously injured.

Tension prevailed after clashes between two different religious organizations in Ilkal town of Bagalkot district of North Karnataka. A 15-year-old boy, studying in Class IX, allegedly molested his friend for wearing a cap on Monday evening, sparked a controversy. The Ilkal city police have arrested four people and detained four others, including two teenagers.

A clash broke out in Ilkal town of Bagalkot district over opposition to a Muslim boy wearing a skull cap. Two students were critically injured. Two FIRs, including that on a counter-complaint, registered: Ilkal Police Station, Karnataka Police (1/2)

what was the whole matter

According to the police, a teenager studying tuition had gone to class on Monday evening wearing a cap. On this his classmate allegedly made fun of him. Later the boy gave this information to his friends who are members of an organization. They reached the spot and slapped the classmate who made fun of him.

Police sources said, ‘Later, the boy who was killed also informed his friends about it. His friends are allegedly members of a religious organization. Tension prevailed after both the groups attacked each other and two of them had to be hospitalised, the source said. ‘Each gang had more than 15 members.

In this case, a video has gone viral, in which a person went to the hospital and threatened the victims of dire consequences if they told the police or lodged an FIR. The threat has been identified as Manju Tangadgi, who has now been arrested. Chandrakant Nanda Reddy, Deputy Superintendent of Police (DySP), Bagalkot Division, told The Indian Express, “The situation is under control and we have arrested four people. and four others have been taken into custody. Efforts are on to nab some other accused.