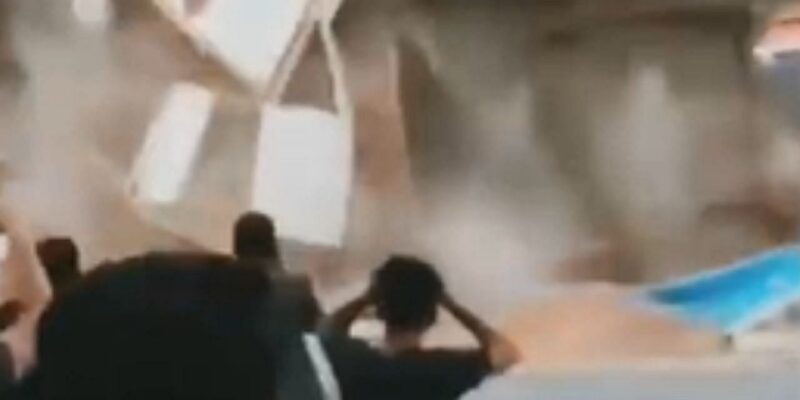 A five-storey residential building that leaned a few days back collapsed on Thursday in Bengaluru. However, there have been no casualties in this incident. police gave this information. After the building in Kasturi Nagar collapsed a few days ago, the residents and neighbors immediately informed this information to the Greater Bengaluru Municipal Corporation.

Sensing the danger, the officials of the Municipal Corporation had evacuated the building. The building collapsed on Thursday evening. A house collapsed in Belagavi district on Wednesday due to heavy rains, killing seven members of a family living in it. After this this incident has come to the fore.

House collapsed in Belagavi due to heavy rain

Seven people, including two children, were killed when a house collapsed due to heavy rains last night in Barala Ankalgi village of Belagavi in ​​Karnataka. MG Hiremat, Deputy Commissioner of Hirebagewadi police station, said that the post-mortem of all those who died will be done. CM Basavaraj Bommai had also announced a compensation of Rs 5 lakh for the families of the deceased.

It is being told that after heavy rain in the area, the house collapsed, in which the people living were buried. If sources are to be believed, five people had died on the spot, while two people died on the way to the hospital. Along with this, the Chief Minister also directed the local officials to visit the spot and take all necessary steps. After the incident, the police reached the spot and sent the body for post-mortem.

Heavy rain was expected in Karnataka between October 4-6

There is mourning in the village after the death of seven people together. Let us tell you that a cyclonic circulation was formed over the Bay of South-West Bengal near the Tamil Nadu coast. The Meteorological Department had predicted heavy rains in Karnataka between October 4-6. After which there was heavy rain in some parts of the state on Wednesday.