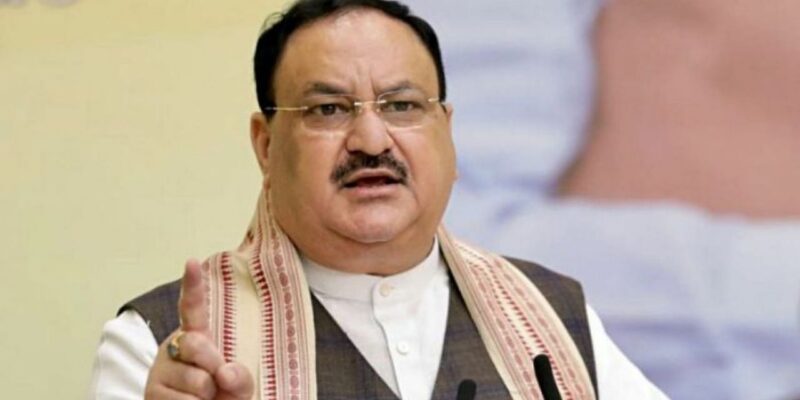 National President of Bharatiya Janata Party JP Nadda (JP Nadda) on Sunday BJP Will address the two-day National Executive meeting of Mahila Morcha. In this meeting, the strategy for the upcoming assembly elections in five states will be discussed and road map will be prepared. Giving information about this, JP Nadda’s office tweeted, “BJP National President JP Nadda will address the BJP Mahila Morcha National Working Committee meeting through video conferencing at 4 pm.”

This two-day meeting will be held in Dehradun, Uttarakhand. On the first day of the program, Uttarakhand Chief Minister Pushkar Singh Dhami will also attend. Bharatiya Janata Party Mahila Morcha President Vanathi Srinivasan said, “There will be a meeting of the national executive along with the executive meeting, in which we will prepare the road map for the coming six months including the upcoming elections in five states.” Vanathi Srinivasan said that on September 27, Union Minister of State for Railways and Union Minister of State for Textiles Darshan Jardosh will be present. Bharatiya Janata Party National General Secretary Dushyant Gautam will talk about the various programs and schemes launched by Prime Minister Narendra Modi for women and children. Uttarakhand Chief Minister Pushkar Singh Dhami will also participate in this program.

Tributes paid on the 105th birth anniversary of Deendayal Upadhyay

Paying tributes to Pandit Deendayal Upadhyay on his 105th birth anniversary at the party headquarters, JP Nadda said that the policies and plans of the central government led by Prime Minister Narendra Modi are inspired by the principles of the party’s ideologue Deendayal Upadhyay. He said that under the leadership of Prime Minister Modi, the country is moving ahead with the motto of ‘Sabka Saath, Sabka Vikas, Sabka Vishwas and Sabka Prayas’. Nadda said that programs like empowerment of women through cleanliness campaign and Ujjwala scheme, electrification of every village, every house, social security cover are the culmination of the development journey of Integral Humanism and Antyodaya. He said, “Today, through these schemes, the picture of India is changing and the economic upliftment of the country is also happening.”

Also read: Home Minister Amit Shah’s meeting with the Chief Ministers of 10 states today, Naxalism will be discussed, will review the affected districts

Also read:Punjab Cabinet Expansion: Cabinet expansion will happen today, 7 new faces will be included in the cabinet, these ministers are set to be out