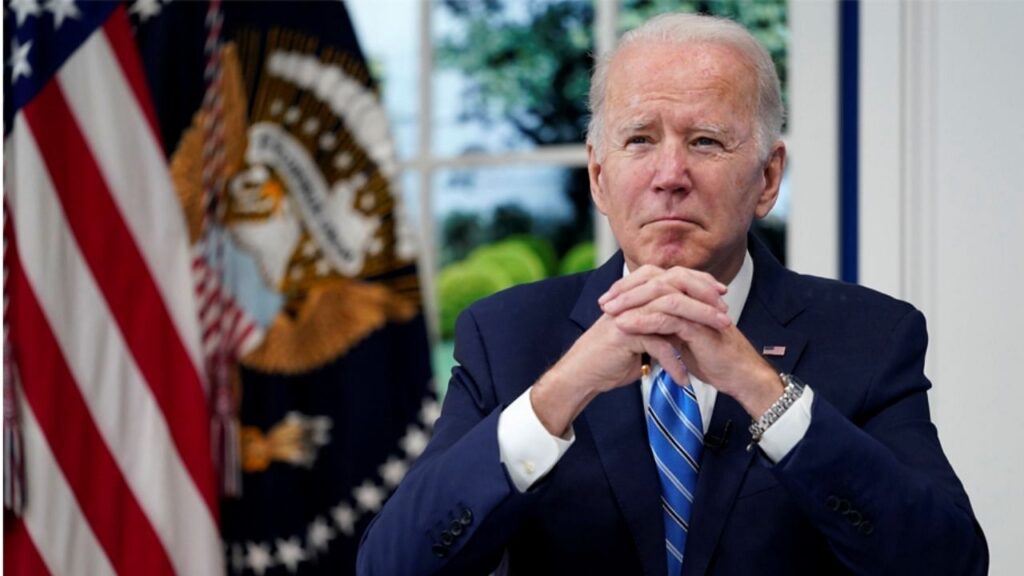 There has been improvement on the economic front in America, but inflation is touching its highest level since the 1980s. The supply chain was disrupted in the first year of the pandemic, which has not yet been fully restored. It has missed many things. Omicron is only adding to the economic crisis.

How successful has Joe Biden been in his one year tenure?

Joe Biden (Joe Biden) US on January 20 last year (America) became the President of the United States and with this he became the oldest person to reach the White House. Even though only one year has passed in his tenure, but it seems that his age has increased by more than a year. This whole year has been very turbulent for him. It’s not just because he’s the domineering Donald Trump (Donald Trump) After stepping into power after that and he had to reverse many controversial decisions of the former President and reset the agenda, which is really a very difficult task.

Apart from this, he had to deal with the rapidly increasing cases of COVID-19, as the cases of infection due to Omicron variants set new records. In such a situation, it is really difficult to maintain the public health infrastructure. However, there is still no doubt about Biden’s liberal policy. The same is the case with his lofty ambitions. His focus has been on the classic Democrat agenda, running social welfare programs for the middle class ravaged by the pandemic, especially blacks, and above all, putting America back under the leadership of global climate action after four years of stepping back. He was also constantly taking the right steps.

When Biden completed 100 days in office, he was compared with Franklin D. Roosevelt, who pulled the American economy out of the Great Depression in 1933, the first year of his term. By April, it seemed that Biden was very close to becoming FDR’s successor. Because in the initial months of assuming the presidency, he had distributed the most funds. For some time, even critics began to think that due to his calm attitude, Joe Biden would surpass even former President Barack Obama.

In Biden’s report card, we first talk about his achievements and start it with his swearing-in day. As soon as he became the new President of America, he announced the ‘American Rescue Plan’. Under this, a package of $ 1.9 trillion was issued with immediate effect, which was for the families suffering from the COVID-19 epidemic and vaccination. This package helped the communities battling the Corona epidemic to stand on their feet. Also, in turn supported the new economic revival.

After this, a bill of $ 1.2 trillion was passed for the repair of old bridges, highways and other infrastructure etc. The important thing was that for this climate action was kept at the center point. All the preparations for the vaccination were completed before Biden’s arrival, but this program progressed under Biden’s leadership and was successful. By the last count, two out of three Americans had been vaccinated.

After this, Biden’s bad phase began, which started with the call of troops from Afghanistan. Since Obama’s tenure, the dire need to end this longest war of America was being told, on which there was also an opinion. The timeline was also decided in advance. Despite this, the failure was blamed on diplomacy, intelligence, military or clear foresight.

The way the army left Afghanistan in August 2021 and the Taliban took control of the entire country before their return, it completely ruined the 20-year conflict. It was the biggest defeat for America. After Trump’s unilateral approach, America’s return to multilateral diplomatic initiatives and the ambitions of Joe Biden, who wants to increase America’s dominance in global leadership, suffered a major setback.

Along with this blunder, there are also several obvious failures in Joe Biden’s balance sheet, which are reducing his approval rating in the US. His critics say that Biden was a longer senator than most people and that he still thinks like a senator. Their failure to complete big deals and bipartisan support speaks volumes of their major failures. His ‘Build Back Better’ law was opposed by his own party allies, while the Republican’s stance was already tough.

Improvements on the economic front but inflation rises

There has been improvement on the economic front, but inflation is touching its highest level since the 1980s. The supply chain was disrupted in the first year of the pandemic, which has not yet been fully restored. It has missed many things. Omicron is only adding to the economic crisis. Unlike Donald Trump, Biden relies more on science to beat the pandemic, but his emphasis on the inevitability of vaccines and masks may anger some. (At one point, he blamed non-vaccinated people for the deaths from COVID-19.) He wants to make the vaccine mandatory throughout the country. Also, those who do not get the vaccine want to have a corona test every week, but the Supreme Court canceled their plan.

Seeing as people unite against the sanctions imposed by Biden during the pandemic, mostly Republican supporters, it seems these fresh wounds may take time to heal. Conservative-progressive battles have been fought in America on various grounds so far. Among these, conflicts over race, culture (ridiculously strict anti-abortion laws in Republican-ruled states), education (banning the teaching of Critical Racial Theory) should have been reduced by now. The new president could try to bridge the social divide created by Trump, but this division continues.

There is no leader in America who can return the feeling of harmony among the countrymen.

Biden refrained from naming Trump and justifying his unreliable allegations, but on January 6, the first anniversary of the mob attack on Capitol Hill, he finally openly blamed Donald Trump. Apart from this, he is not accepting the divisions happening in the society and is not trying to remove them at all.

Some of the new books released this month warn of a civil war in America as well as a breakdown in the country. From this it can be concluded that there is no such leader in America at present, who can return the feeling of harmony among the countrymen. Actually, it was a comment made on Biden itself.

Why is Mamata Banerjee upset over the amendment of administrative rules?

‘Even after 75 years of independence, many districts were left behind, now they are showing good work’ – PM Modi said in conversation with district officials