Jodhpur Violence: All schools in the curfew area closed for two days; Exemption only to board exam, admit card will work as pass; Jodhpur DM Order 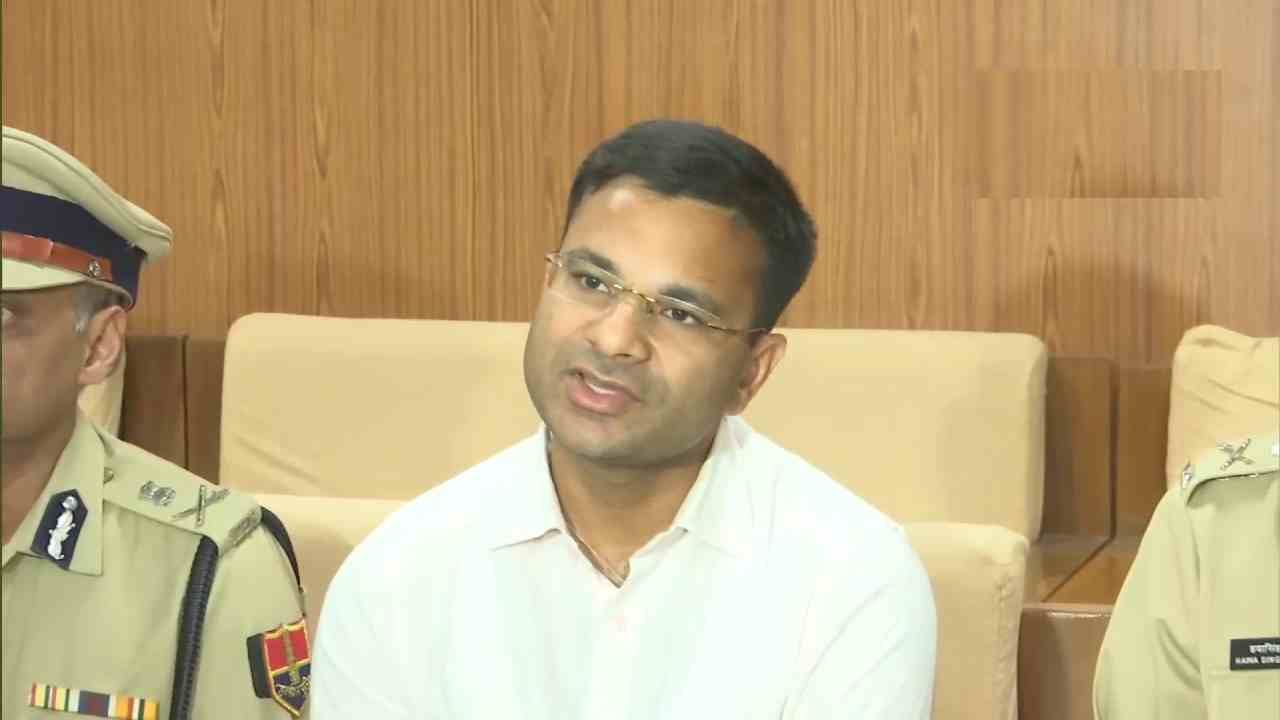 DM Himanshu Gupta has issued a big instruction on Tuesday regarding the curfew imposed after the violence on the occasion of Eid in Jodhpur, Rajasthan. The DM said that all the schools falling under the area where curfew has been imposed will remain closed for the next two days.

Violence on the occasion of Eid in Jodhpur, RajasthanJodhpur Violence UpdateDM Himanshu Gupta regarding the curfew imposed afterDM Himanshu Gupta) has issued a big instruction on Tuesday. The DM said that the area where curfew (curfew) has been imposed, all the schools under it will remain closed for the next two days. Schools where board exams are to be held should remain open. The exam admit card will serve as the curfew movement pass. After this instruction, now all the schools in the area of ​​violence have been closed. Along with this, the DM said that I appeal to the people that the history of Jodhpur, that every festival is celebrated peacefully here, then you should take it forward. Don’t believe any rumours. At the same time, the DM further said that more than 50 people have been detained in the violence case. Action continues.

Let us tell you, after communal tension, curfew has been imposed in 10 police station areas on Tuesday. Meanwhile, Chief Minister Ashok Gehlot appealed to the people to maintain peace and harmony. Along with this, the Chief Minister directed to take strict action against the anti-social elements responsible for such incidents. Gehlot, after a high-level meeting in the capital Jaipur, directed top officials including Minister of State for Home Rajendra Yadav to immediately go to Jodhpur to monitor the situation.

All schools that fall within the area where curfew is imposed will remain closed for the next two days. Schools where Board examinations are to be held to remain open. Examination admit card will work as curfew movement pass: Jodhpur DM Himanshu Gupta pic.twitter.com/O8qEPwN2at

Curfew imposed on these police stations

To control the situation, Jodhpur’s executive magistrate Rajkumar Choudhary on Tuesday afternoon in ten police station areas of the city, Udaymandir, Sadar Kotwali, Sadar Bazar, Nagori Gate, Khanda Phalsa, Pratapnagar, Pratapnagar Sadar, Devnagar, Sursagar and Sardarpura from 1 pm on Tuesday. Issued curfew orders till midnight of Wednesday, May 4. According to the order, it is necessary to impose curfew to maintain peace and law and order and to keep life in order. At the same time, mobile internet services have also been stopped in the city so that rumours can not be spread.


Know the whole matter at a glance

Actually, before Eid i.e. on the late night of May 2, some people were raising flags at the Jalori Gate intersection in Jodhpur. During this, the people of the Hindu community protested against putting the flag on the statue of the freedom fighter. This is where the controversy started. The dispute escalated on the morning of Eid and there was a lot of stone pelting. Vehicles were vandalized and the police resorted to lathi-charge. Somehow the matter was pacified. On the other hand, on the Jodhpur violence, Maharaja Gaj Singh of Marwar appealed to the common man and said that people of all societies should solve this matter together and maintain the example of unity and brotherhood.