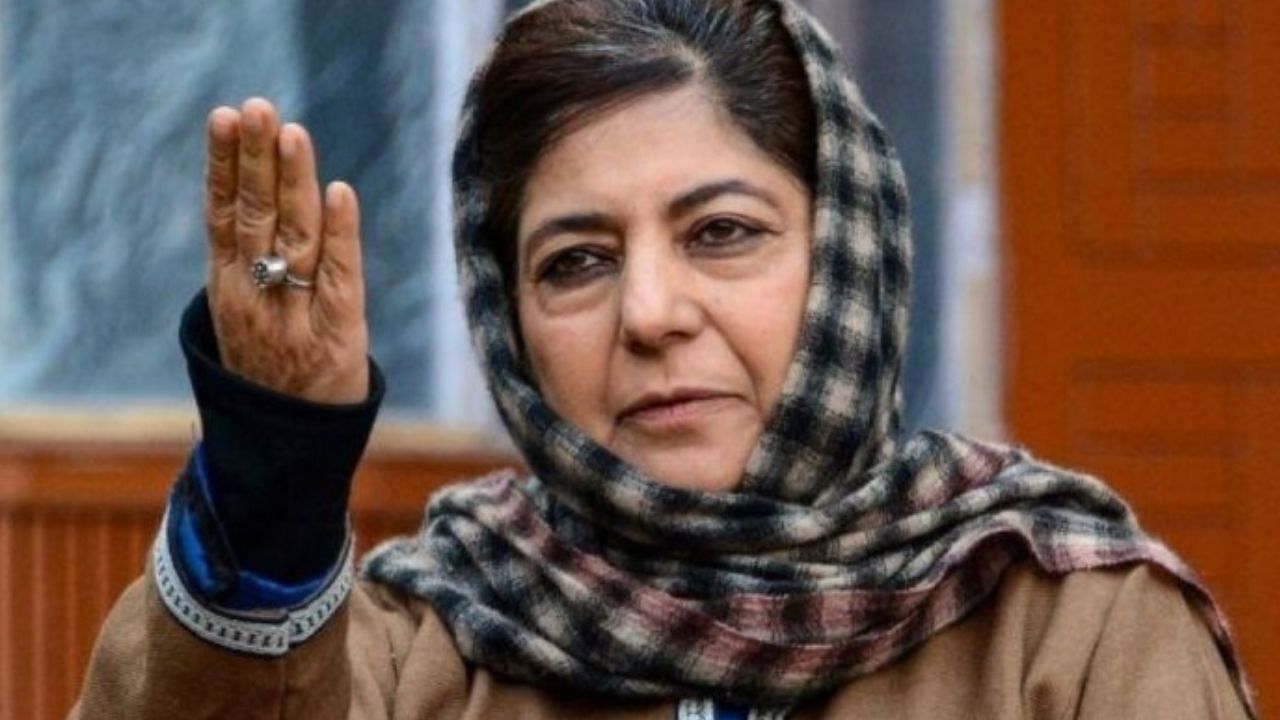 Jammu and Kashmir: The former Chief Minister alleged that the Bharatiya Janata Party was snatching away the few rights left with the people after scrapping most of the provisions of Article 370 from Jammu and Kashmir and bifurcating the state into two union territories. Is.

Peoples Democratic Party (PDP) president Mehbooba Mufti on Wednesday defended her party’s alliance with the Bharatiya Janata (BJP) after the last assembly elections, saying as long as the parties were in alliance, they did not allow the abrogation of Article 370. He suggested that the ruling party should win over the people instead of using “threats and sticks” to silence them.

The former chief minister alleged that the Bharatiya Janata Party was snatching away the little rights left with the people after scrapping most of the provisions of Article 370 from Jammu and Kashmir and bifurcating the state into two union territories. “People are troubled everywhere, be it Jammu or Kashmir,” Mehbooba told reporters at Haveli in Poonch district, bordering Jammu region.

When asked about his stand regarding the Jammu and Kashmir assembly elections, he said, “Election is not my aim but election is a democratic weapon for the rights of the people and to address their problems. When they announce elections in Jammu and Kashmir, we will tell about our decision.

The problems faced by the people in the country should be talked about: Mehbooba Mufti

Last day, Mehbooba Mufti had said that instead of Afghanistan, the problems being faced by the people in this country should be talked about. Mehbooba had alleged that the BJP government has made people’s lives pathetic. He had said that the government is not listening to anyone along with the farmers sitting on the roads for the last nine months. He told reporters in Poonch, ‘The Taliban are in Afghanistan. Why do we talk about them… We have so many issues. The biggest issue is the protest of the farmers. At the same time, the issues of the people of the divided Jammu and Kashmir, rampant corruption and lack of development should also be talked about.

Chhattisgarh: 20 new cases of coronavirus have been reported, so far 13559 patients have died