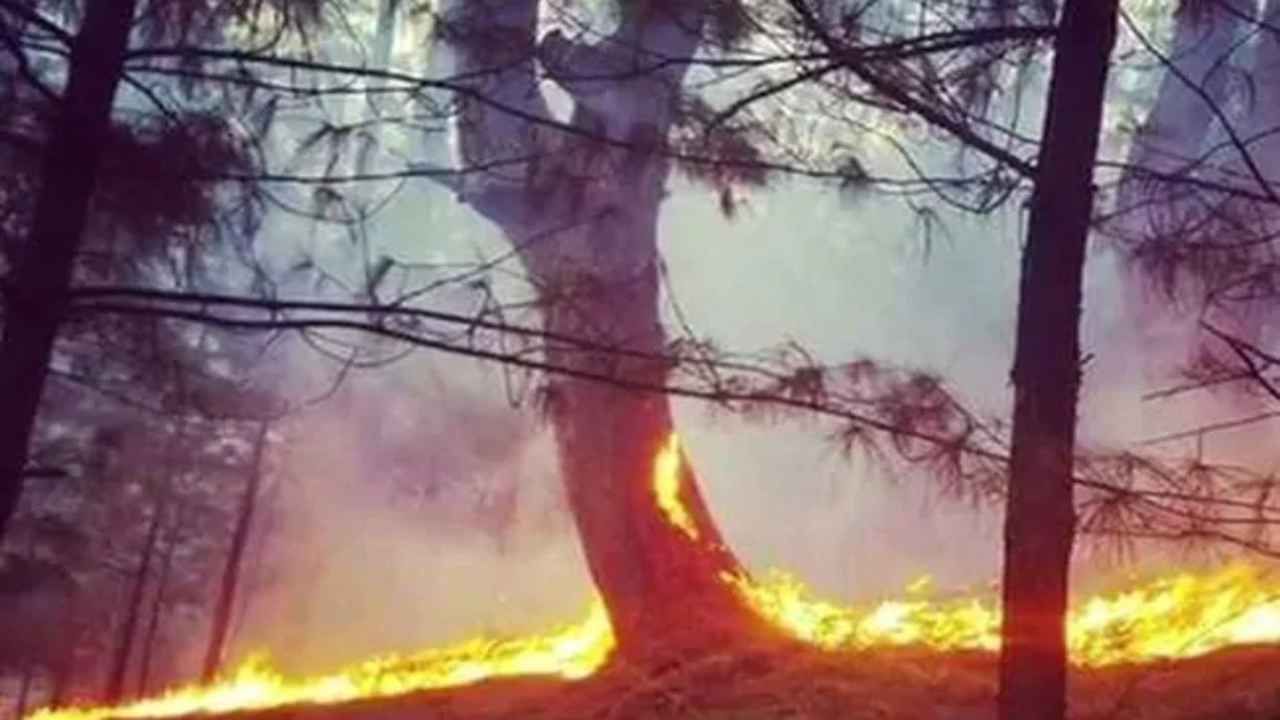 Devotees are constantly marching towards the temple of Mata Vaishno Devi from the Ardh-virgin road. Sources said that the fire spread during the night. The cause of the fire is not yet known, but the fire started from Palel Chautha, a village adjacent to Agar Jitto.

It is being told that the battery car service route has been closed for a few days due to the fire in the forests of Tarakote track Trikuta hills. Let us tell you that this fire broke out in the area near the helipad of Sanjhi Chhat on Sunday evening, due to which the helicopter service along the new route has also been stopped for a few days. This decision has been taken keeping in mind the safety of the devotees. According to the information, problems like strong winds and low visibility are being seen in Trikuta hills, keeping in mind that travel on this route has been banned.

how the fire spread

Devotees are constantly marching towards the temple of Mata Vaishno Devi from the Ardh-virgin road. Sources said that the fire spread during the night. The cause of the fire could not be ascertained, but the fire started from the village Palel Chauntha, which is adjacent to Agar Jitto. By morning this fire reached the forests of Guddi Dhar. In the night itself, the employees of Shri Mata Vaishno Devi Shrine Board and the fire brigade had gathered to control the fire. By morning the front was controlled to a great extent but the smoke is troubling. There is still a fire within a radius of two to three kilometers. Keeping in mind the safety of the devotees, the battery car service and movement of devotees have been kept closed on this route. He said that the fire in the forests near the helipad has now been extinguished.

Earlier on May 13, a bus going to the Vaishno Devi temple had an accident in which four people died and about 20 people were injured. The investigation of this matter is still going on and the officials associated with this investigation say that they are trying to find out whether this is a terrorist incident or not. It is worth noting that this bus was going from Jammu to Katra, during which this accident took place.