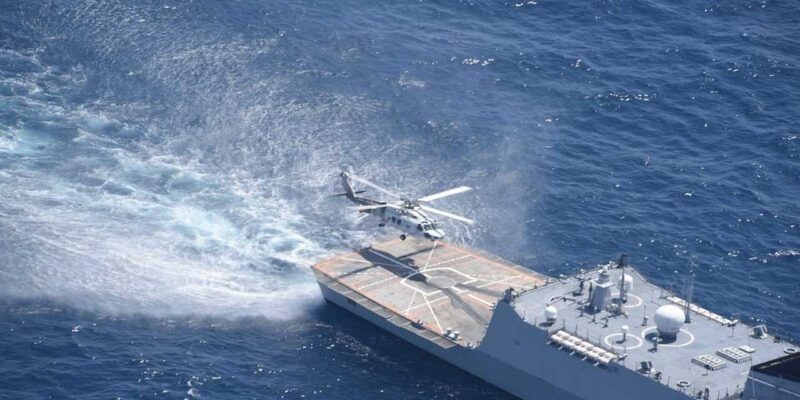 The navies of India and Japan conducted a three-day bilateral maritime exercise in the Arabian Sea, known as ‘GIMEX’. The Ministry of Defense gave this information on Friday. The Ministry said that the ships of the Japan Maritime Self Defense Force and the Indian Navy conducted various types of exercises at sea, which were concluded on Friday.

The Indian Navy took part in it under the command of Rear Admiral Ajay Kochhar. The indigenously developed Guided Missile Destroyer INS Kochi and Guided Missile Faster Ship INS Teg were inducted by the Indian Navy. Apart from this, MiG-29 fighter aircraft were also included in it.

Significantly, the Japan-India maritime exercise reflects the high standards of accuracy, coordination and preparedness between the navies of the two countries. While both the navies conduct exercises to counter threats at sea, which develop a high level of trust and understanding between the navies of the two countries. Experts say that the Japan-India maritime exercise is a complex maritime exercise, which helps the two navies to further strengthen their comprehensive strategic partnership, as well as jointly protect their maritime interests and, when necessary, It also enables us to ensure peace, security and stability in the region.

Also read- The issue of permanent commission of 72 women officers should be resolved, Supreme Court orders the Center

Want to make a national option on the basis of Congress leaders, Chief Minister Bhupesh Baghel takes a jibe at CM Mamta Banerjee

Agriculture sector took care of itself even in the worst phase of COVID-19, said Rajya Sabha Deputy Chairman Harivansh