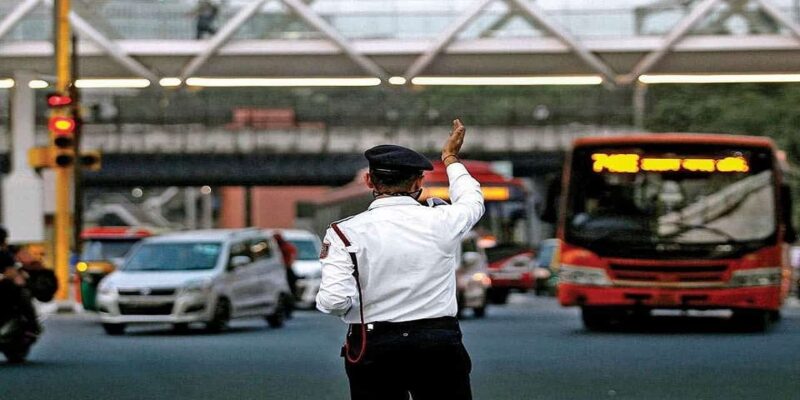 If your minor child is driving a 2 wheeler or 4 wheeler vehicle, then you can be in trouble if caught by the traffic police or an accident occurs. A new guideline has been issued by the traffic police in Jamshedpur district of Jharkhand. Where during Durga Puja, if minors are found riding a bike, then action will be taken against their parents. For this an order has been issued by the police. In this the age limit has been fixed at 18 years or less.

In fact, according to the Superintendent of Police of Jamshedpur district, the guidelines issued by the Jharkhand government regarding the organization of Durga Puja have to be fully followed. During this, he said that people should come out of the house only when needed. Also, wear a mask and follow social distancing. In such a situation, the SSP has requested all the parents of the district not to allow children below 18 years of age to drive a motorcycle or a car. Bike checking teams have been deployed by Jamshedpur Police at all the intersections. If any child does wrong, legal action will also be taken against their parents.

Along with this, do not share any post that hurts religious sentiments on social media. Ignore any rumours. If information is received about any rumour, then inform the police dial 100 or the nearest station in-charge. In such a situation, if action is not taken, inform on their mobile number 9431706480.

Please tell that the traffic police of Jamshedpur do not see minors driving the vehicle. This is the reason that for the last 13 months, not a single case of fine for driving a minor vehicle has come to the fore. After the traffic rules are strict, only one challan of the minor has been cut in the city. This challan was deducted on 6 September 2020 by the Bistupur police near Voltas More. Along with this, according to the new rule, now the amount of fine has been increased to 25 thousand rupees if a minor is caught driving a vehicle.

read this also: Jharkhand News: Elephant separated from herd created ruckus, crushed 5 in Hazaribagh in 2 days, panic in the area