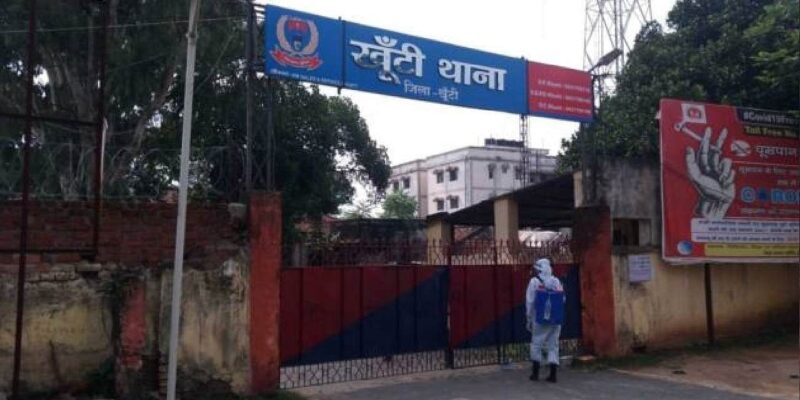 A case of a lover killing his girlfriend has come to light in Khunti district of Jharkhand. The matter is of Tupudana police station area of ​​Khunti district. The reason that has come to the fore regarding this massacre is also surprising. Actually the length of the girlfriend was short, due to which the people of the village used to make fun of the lover Ajit’s car. Because of this, Ajik’s car was very angry. Then lover Ajit Gadi killed his girlfriend by slitting her throat in Neyaldih forest.

After the murder, Ajit threw the body in the bushes for the purpose of hiding it. After this the police investigated the matter and arrested lover Ajit Gadi. Along with this, the ax used in the murder and the mobile of the accused have been recovered. SDPO Amit Kumar gave this information to the journalists.

Ajit Gadi and Anjali Tirkey (20 years), residents of Dundu Darhatoli of Tupudana police station area, were residents of the same village. The two had a love affair for the last three years. Both also wanted to get married. But Anjali’s length was much less than Ajit. With which the villagers used to make fun of Ajit. Ajit was upset as villagers repeatedly questioned Anjali’s length. To overcome this, Ajit conspired to get his girlfriend out of the way.

murdered and hid the dead body in the bushes

Read also: Jharkhand Coal Crisis: There is a possibility of deepening of power crisis in Jharkhand from midnight tonight, know what is the current situation

This man built a unique house for his wife, different views are seen from the window every time