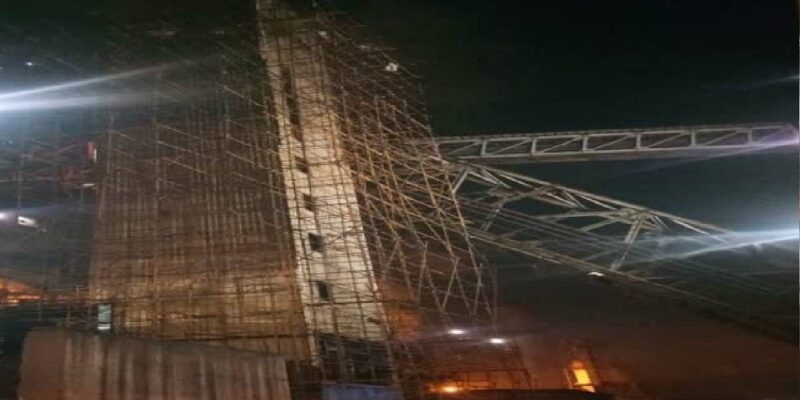 Jharkhand (Jharkhand) of Bokaro (BokaroVedanta Electrosteel Plant located in (Vedenta Eletrosteel Plant) There has been a major accident. Here three laborers died after falling from a height. The bodies of all the laborers have been kept by the company in the mortuary of Bokaro General Hospital. The family members of the deceased have been informed by the officials of the company. Taking the statement of the family members, the police will send the body for post-mortem.

Let us inform that the three laborers were working in the BF-2 lift. Shahnawaz Alam 20 years old, Mohammad Osama 19 years old and Mohammad Sultan 27 years old died while working. Repair work was being done to restart the closed BF-2 and during that time all three died after falling due to lift breakdown. All three are said to be residents of outside Bokaro.

The company ordered an inquiry in the case of death

At the same time, Shilpi Shukla, Head of Mass Communication, ESL Steel Limited, said that the employees of Thyssenkrupp Elevator (Lift) Company had come to our plant to repair the lift. While working on his lift, 3 laborers died in a tragic accident last evening. The company is fully investigating this tragic matter. He said that we have full sympathy with the family of these personnel. We will cooperate with the family members of the employees in every way and this matter is being investigated with complete impartiality. Until the truth comes out completely.

We can say that the way the repair work was going on in BF-2 by putting bamboo batons and the workers have fallen from a height, it is a safety lapse and it should be investigated from the level of the district administration. He is kept in the mortuary of Bokaro General Hospital. According to the information received, talks are being held with the ESL and the relatives of the deceased before the police administration. Only after that the body will be sent for post-mortem. Whatever may be the conclusion in the talks, but it will also have to be thought about to ensure that such an incident does not happen again.

How was the effect of farmers’ Bharat bandh in Jharkhand, how political parties protested

The girl swallowed 23 magnets in the wake of the video game, doctors saved her life with great difficulty