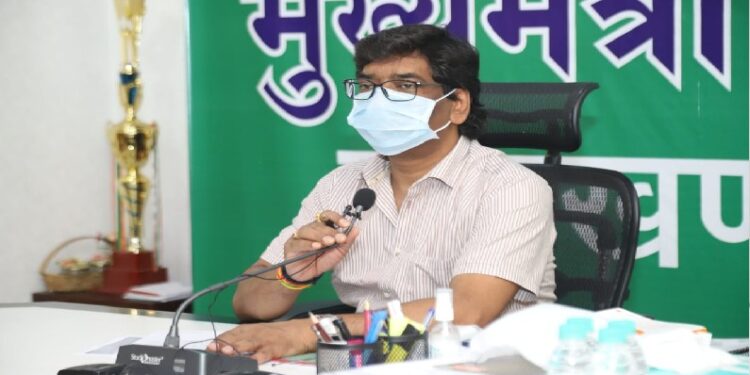 Under Unlock 2 in Jharkhand, permission can be given to open textile, shoe-slippers, cosmetic and jewelery shops in nine districts of the state including Ranchi.

In Jharkhand, there is a steady decrease in the case of corona infection. In such a situation, the Jharkhand government has indicated to further relax the restrictions under Unlock 2 from 6 am on June 10, so that people can get some more relief. A decision on this can be taken in the meeting of the Disaster Management Authority on Tuesday under the chairmanship of CM Hemant Soren.

While inaugurating the newly constructed ICU ward and pipeline based oxygenated beds in Latehar district online, Chief Minister Hemant Soren hinted at further relaxation in the lockdown and said that after the second round of the global pandemic corona, the third round is being discussed. Can’t get over a problem. are being surrounded by others, but the work that has been done at the administrative level in limited time and limited resources. He is admirable.

CM advised people to be alert

He said, “Efforts are on to normalize the life of the state under the Health Protection Week in view of the corona epidemic. The corona pandemic is a global pandemic and everyone is urged that in today’s day when this Health Security Week will be relaxed, or reduced, there will be a large-scale movement of people in the district and the opening of many establishments and people in the program. The gathering program will start. In such a situation, there is a need to be more vigilant, so that the spread of infection can be prevented.

Many restrictions can be relaxed

According to a senior state official, permission can be given to open textile, shoe-slippers, cosmetic and jewelery shops in nine districts of the state including Ranchi under Unlock 2. In Jharkhand, opening of closed malls and multibrand shops, increasing the timing of business activities and government offices can also be extended from 2 o’clock in the day. There may also be some relaxation in the number of 11 persons set to attend other public functions including marriage. It is being considered to increase the number of people attending public functions to 50. Along with the restrictions, discussions are also being held on starting bus service within the state.