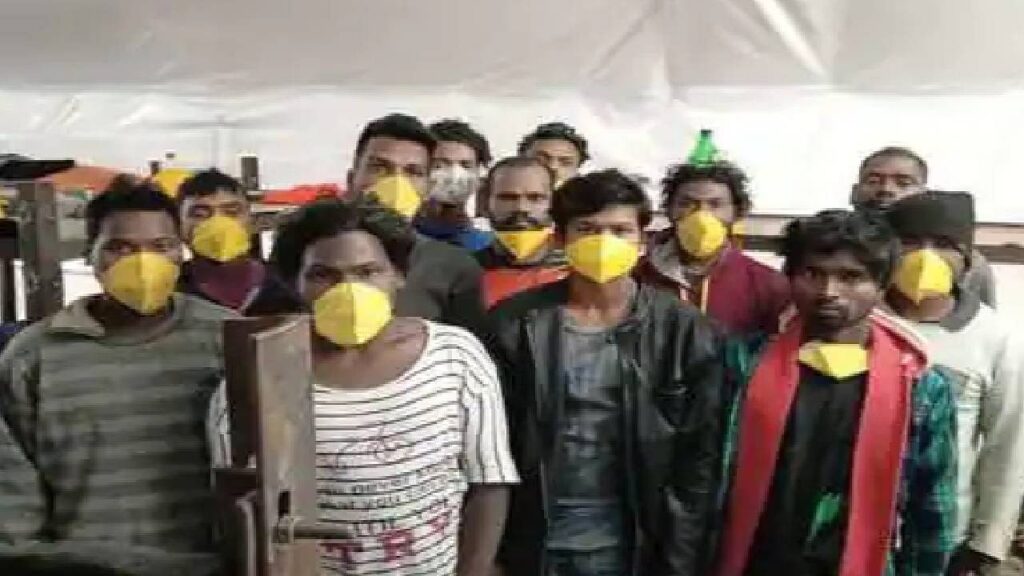 Government of Jharkhand (Jharkhand GovernmentHimachal Pradesh (Himachal Pradesh The laborers of Jharkhand at a place called Lumber located in Kinnaur district. (Jharkhand’s Labours) has taken cognizance of the incident of assault in the past. Chief Minister Hemant Soren (CM Hemant Soren) On the instructions of the State Migrant Control Room of the Labor Department, the officials of the Norven Company located in Lumber, Kinnaur spoke to Dharmendra Rathi. Norven is the same company in which the workers of Jharkhand went to work.

Describing the incident of assault with the laborers of Jharkhand as unfortunate, the State Migrant Control Room has asked the company to provide relief to the workers. Company owner Dharmendra Rathi has informed that the workers injured in the incident have been admitted to the hospital. The company has asked those laborers of Jharkhand who want to return, to apply.

Apart from this, arrangements have been made for train tickets to send 16 laborers of the first group back to Jharkhand. These laborers have boarded the train to come to Jharkhand on Sunday (October 10). All will reach Koderma on Tuesday. From there you will return to your home district Khunti by bus.

The company will give salary and arrears to the workers

The company has accepted the demand of sending one month’s salary and arrears to the workers in their bank account. The company has said that all the laborers of Jharkhand who want to return home should apply. The company will make arrangements for his return to the group. After the incident of assault, an FIR has been registered in Kinnaur in the matter. Efforts are being made to reach an agreement on this too. It has been said on behalf of the company that for the last 40 years, the laborers of Jharkhand have been working in Himachal Pradesh and they have sympathy with the workers of Jharkhand. They will continue to cooperate with the Jharkhand government in this matter.

The local people had beaten up the laborers

Let us inform that 150 laborers from other districts including Khunti of Jharkhand had gone to work in Himachal Pradesh. In the past, due to a dispute over some matter, the local laborers there beat up the laborers of Jharkhand. In this, the condition of two or three laborers of Jharkhand is said to be critical, who are being treated in a hospital in Himachal Pradesh. Here, the returning workers have breathed a sigh of relief. He has thanked the State Migrant Control Room including Chief Minister Hemant Soren and Labor Minister Satyanand Bhokta for taking the initiative on returning home.