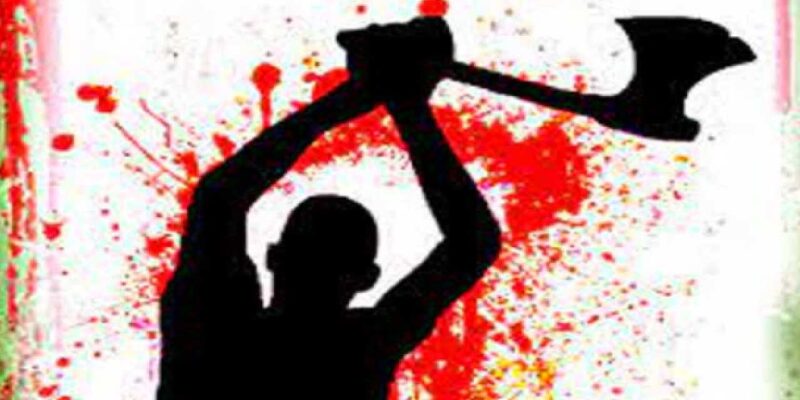 Symbolic picture: A person has been murdered in Tamad police station area of ​​Ranchi.

Jharkhand (Jharkhand) Capital of Ranchi (RanchiThe murder of a person in the Tamad police station area of ​​(Murder) has been done. After which the word spread in the area that a person has been sacrificed on the occasion of Durga Navami. One person has been taken into custody in this case. A sharp-edged weapon was also recovered from him. There is anger among the villagers amid the fear of human sacrifice. The name of the deceased has been described as Haradhan Lohra. The police took Tarun Mahato into custody for his murder.

There was a dispute between the accused and the deceased

On getting information about this incident, the police reached the spot. The injured Haradhan Lohra was taken by ambulance to the nearest hospital, where the doctor declared him brought dead. After the death of Haradhan Lohra, the police took Tarun Mahato into custody. The weapon used in the murder has also been recovered from Tarun. According to the police, accused Tarun has accepted the charge of assault in the dispute. According to Tarun, he had fired a weapon on his neck in anger. Both the deceased Haradhan Lohra and the accused Tarun Mahto are from Pitai village. The whole matter is of Tamad police station area.

Ranchi Rural SP Naushad Alam said that information had come from Tamad that someone had slit the throat of a person named Haradhan Lohra. During interrogation, the villagers have told the police that Tarun Mahto was talking about sacrificing a person since morning. After listening to the villagers, the senses of the police were blown away, in a hurry, the police team raided and arrested Tarun Mahato. Police is interrogating the accused and is investigating the reason behind the murder.

For the first time in Jodhpur, the criminal of a dozen cases including the encounter of history-sheeter, murder and robbery was shot by the police on the middle road.