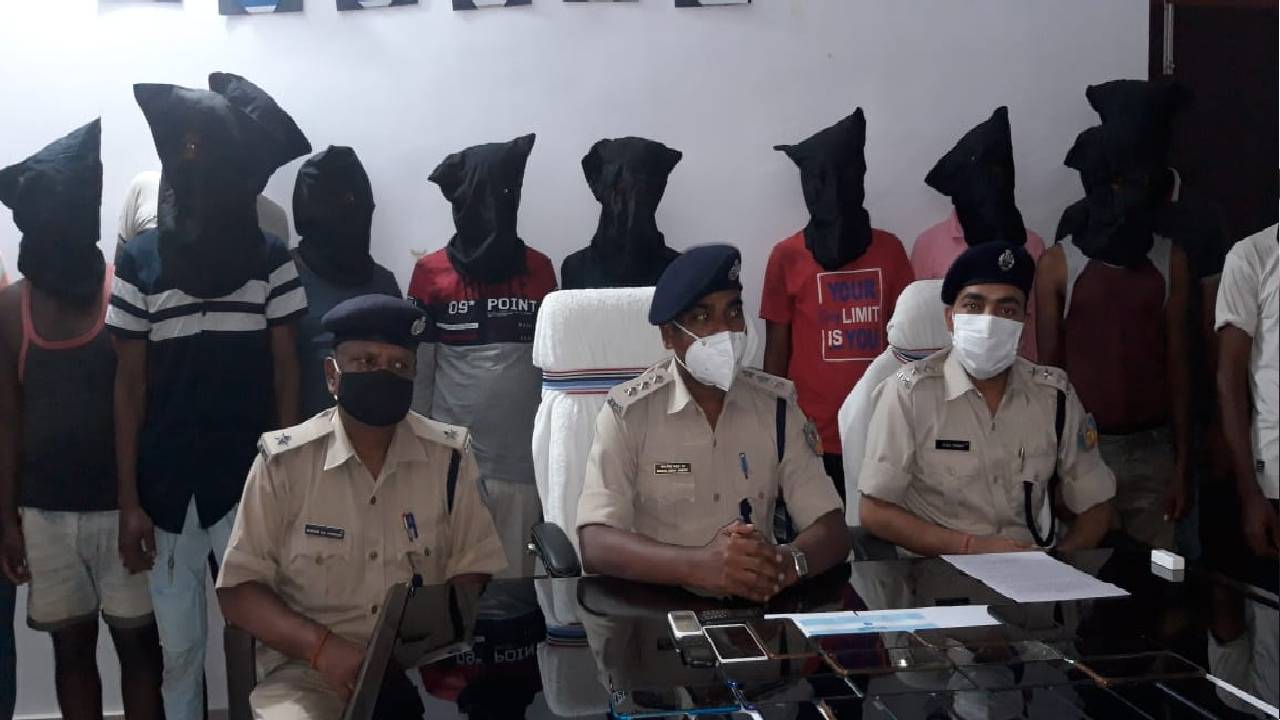 The Cyber ​​Police of Deoghar has arrested 15 cyber criminals who cheated by posing as a fake bank officer, offering cashback, installing an app and getting OTP of ATM.

A big gang of seven siblings has been busted in Deoghar district of Jharkhand. Deoghar (Deoghar) of Cyber ​​Police (Cyber Police) has arrested 15 cyber criminals who cheated by posing as a fake bank officer, offering cashback, installing an app and receiving OTP of ATM. Seven of them are brothers among themselves. The police have also recovered 28 mobiles, 42 SIM cards and a passbook from them.

Police arrested on the basis of secret information

Headquarter DSP Mangal Singh Jamuda and Cyber ​​DSP Sumit Prasad jointly told reporters that on secret information, 15 cyber criminals were caught after raiding four police station areas of the district, namely Karaon, Pathraul, Madhupur and Devipur. Of the arrested cyber criminals, 7 are siblings. Out of this, Mukesh Mandal has a criminal record and has been jailed twice for cyber crime. Both the cases are registered in the cyber police station itself. In which the first case is of the year 2017 and the second case is of May 2020.

Used to cheat by giving rewards and offering cashback

According to the police, people were duping people by offering rewards and cashback on electronic apps in different police station areas. All have also confessed to the crime. Many accused were cheating people by posing as bank officers and taking OTP of ATM. On the other hand, Mukesh Mandal, a resident of Thengadih of Pathraul, has also gone to jail twice. Apart from this, Deepak Das, Shibu Kumar Das, Tikait Das and real brothers Gautam Das and Pratim Das of Madhupur police station area, besides three brothers Rohit Rawani, Mithun Rawani and Pintu Rawani, residents of Devipur Mahuatand, have been arrested.

After killing the innocent, it was a ‘sin’ that the ‘shooters’ went to Haridwar to bathe in the Ganges for repentance.