Jewar Airport: PM Modi will lay the foundation stone of Jewar Airport today, advisory continues regarding traffic, these routes will be diverted 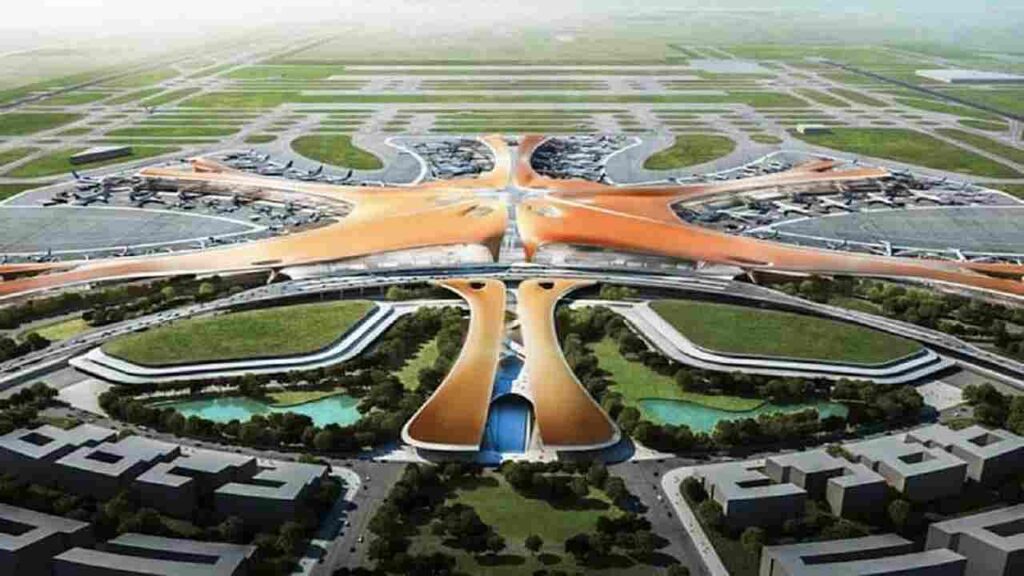 The Jewar airport, spread over an area of ​​about 1,330 acres, is expected to start operations by September 2024.

Prime Minister Narendra Modi will lay the foundation stone of the proposed Noida International Airport at Jewar in Greater Noida on Thursday. The airport, spread over an area of ​​1,330 acres, is expected to start operations by September 2024. In the first phase, there will be an investment of about Rs 8,914 crore and from here 12 million passengers will start moving annually.

Prime Minister Modi himself tweeted about the program and said that tomorrow, November 25 is a major day in building the infrastructure of India and Uttar Pradesh. The foundation stone of Noida International Airport will be laid at 1 pm. This project will give a big boost to commerce, connectivity and tourism.

Tomorrow, 25th November is a major day for India’s and Uttar Pradesh’s strides in infra creation. At 1 PM, the foundation stone of the Noida International Airport will be laid. This project will significantly boost commerce, connectivity and tourism. https://t.co/8sSa8R1aFl

On the other hand, during the program of the Prime Minister, Noida Police issued an advisory regarding parking. Giving information on Twitter, the Noida Traffic Police said that the map given for the systematic parking of vehicles reaching the venue of the Jewar Airport foundation stone laying has been shown along with the traffic advisory issued by the Noida Traffic Police. Everyone is requested to please follow the traffic advisory.

In the map given below for the systematic parking of vehicles reaching the venue of Jewar Airport Foundation Stone Laying Ceremony. @NoidaTraffic The parking lot is shown along with the traffic advisory issued by, All are requested, please follow the traffic advisory. pic.twitter.com/naQ1jDudng

The Commissioner of Police, Gautam Budh Nagar, issued an advisory regarding the program of the Prime Minister and said that in view of the public meeting to be held on the Jewar-Bulandshahr road on Thursday, traffic will be diverted. Parking has been made at different places to systematically park the vehicles coming to the public meeting.

1- The traffic going from Bulandshahr-Secunderabad to Jewar will be diverted from Kasba Jhajjar to Jahangirpur town and this traffic will be able to go from Jahangirpur to Jewar via Jewar.
2- Traffic going from Yamuna Expressway, Palwal, Noida, Jewar, towards Secunderabad-Bulandshahr will be able to go to its destination via Jewar-Khurja road from town Jahangirpur to town Jhajjar.
3- On the Jewar-Bulandshahr road, diversion of traffic will be done by putting a barrier at Sabota Tiraha. Beyond this, only vehicles participating in the public meeting will be allowed to pass.
4- The movement of heavy vehicles (buses, trucks, etc.) towards the venue will be restricted by placing a barrier at Thora village, Bhatta Tiraha. Small vehicles coming to the public meeting will be able to go to the parking P-07.
5- Traffic coming from Faida side towards Nagla Chittar village will be diverted on Faida Road under Yamuna Expressway.

Apart from this, residents of Delhi, Noida, Ghaziabad, Aligarh, Agra, Faridabad and other adjoining districts will also benefit when Jewar airport starts. A statement issued by the Prime Minister’s Office (PMO) said that the Jewar airport will prove to be a gateway to North India and will change the face of Uttar Pradesh.

Also read- Due to the construction of Jewar Airport, the people of 6 nearby villages are lucky, cycling farmers are now going to the fields by car