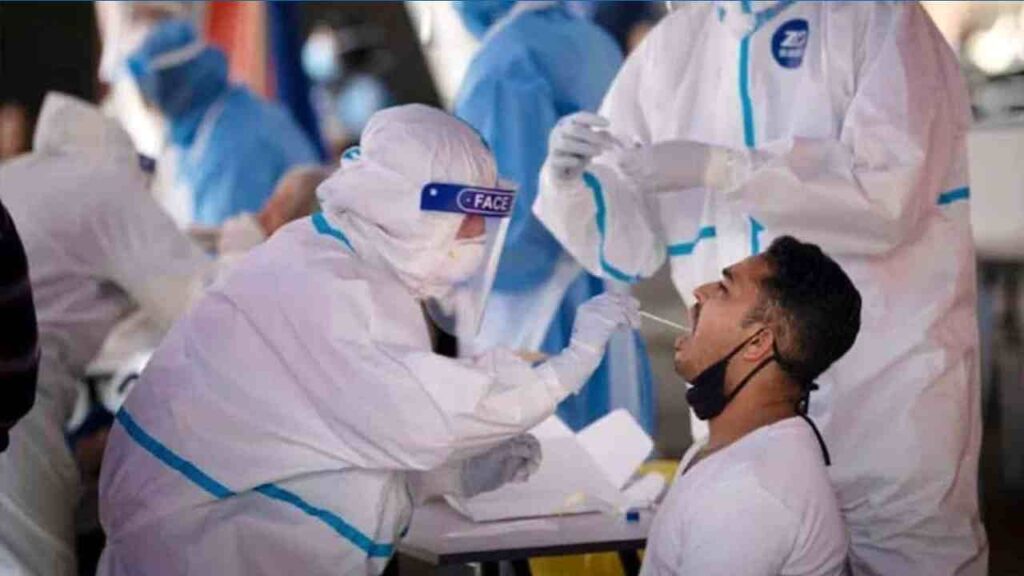 In recent days, the cases of corona are increasing rapidly. (File Photo)

There are many such incidents every day in the country and the world, which are the headlines of the day.News Headlines) are formed. From TV to Internet… In the rush of news going on throughout the day, there are many such important news, which we miss and we sometimes miss important events.Importance Incidents) do not know about. Today Top 5 Here we are telling together five such important news of the day, about which it is important for you to know. You can also read the full news by clicking on the link given below the news.

In Delhi, once again there has been a big jump in the case of Corona (Delhi Corona Case Update). According to the data released by the Delhi government, 27561 new cases have come on January 12, while 40 people have lost their lives (Covid Deaths in Delhi). In the last 24 hours, a total of 105102 people were tested for corona in Delhi, out of which 27561 people were found infected, along with this the infection rate of corona in Delhi has increased to 26.22.
Click now to read countrywide updates

Prime Minister Narendra Modi on Wednesday inaugurated 11 new government medical colleges in Tamil Nadu and a new campus of the Central Institute of Classical Tamil in Chennai via video conference. After this, while addressing the program, he said, ‘Before 2014, there were 387 medical colleges in our country, now this figure has increased to 596. Which is a jump of about 54 percent.
Click to read what PM Modi said on Youth Day

Defection has started with the announcement of assembly elections in Uttar Pradesh. In two days, two ministers of the Yogi government have given their resignations. After Swami Prasad Maurya, Dara Singh Chouhan resigned from the Yogi cabinet on Tuesday. After his resignation, he joined the Samajwadi Party (SP). Although Dara Singh Chauhan has not given any official statement about joining the SP. But a tweet by SP President Akhilesh Yadav seems to be confirming this.
Click to read what Dara Singh said after his resignation

Weather Alert: Chills increased due to snowfall on the mountains, rain in many states amidst severe cold

IND vs SA, 3rd Test: In reply to India’s 223 runs, South Africa was reduced to 210, the second innings continues

The third session of the second day of Cape Town Test between India and South Africa continues. In response to India’s 223, South Africa’s first innings was reduced to 210 runs and with this India took a lead of 13 runs. Jasprit Bumrah (5/42) took a five-wicket haul in an innings for the 7th time in his career and played an important role in wrapping up South Africa. Keegan Pietersen scored 72 runs for South Africa. India’s second innings continues, although Mayank, once saved from DRS, could not pull his innings and went on after scoring 7 runs. At the same time, KL Rahul’s performance was also poor and he got out after scoring 10 runs. Cheteshwar Pujara and captain Virat Kohli were at the crease till the time of writing the news.
Click to read full update so far