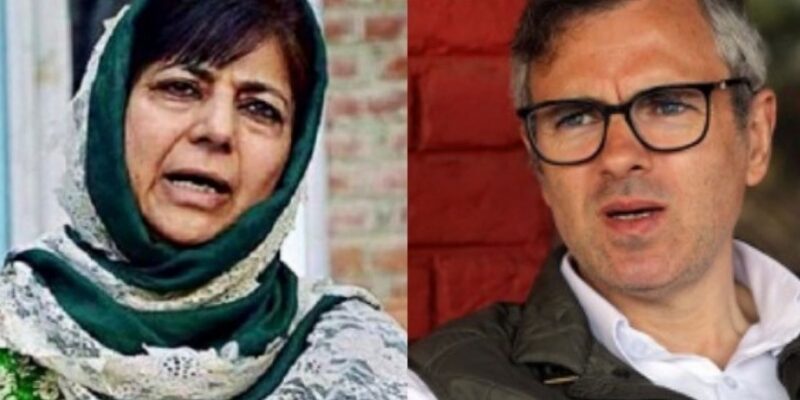 On Thursday, terrorists shot dead two government school teachers, including a female principal, in the Idgah area of ​​Srinagar. While many civilians were injured in this incident. After this incident, National Conference Vice President Omar Abdullah reached the teachers who were killed on Friday. During this, he raised the question that why the government has failed to deal with the situation.

At the same time, PDP chief Mehbooba Mufti also went to the lady principal and condemned the terrorist attack. Omar Abdullah appealed to the minorities not to let the 90s start in Kashmir and not to leave their homes. “The purpose of such attacks is to create a rift between the communities, to drive them out of the Valley,” he said.

‘Attacks to create rift in communities’

He further said, “I can understand that the families of the slain and the members of minority communities are also going through pain and fear. I believe that the purpose of these attacks is to create a rift between communities and drive them out of Kashmir. We can’t let that happen.”

Umar Abdullah said the attackers were probably trying to ensure another escape. “I appeal to the members of the minority community not to let the 90s happen again and not to leave their homes out of fear,” he said. “He and his party will continue to press for security to be provided for the protection of minorities in the Valley,” he said.

At the same time, Omar also questioned the decision of the Jammu and Kashmir administration to give 10 days leave to government employees only from the Kashmiri Pandit community and ignore the members of the Sikh community.

Hitting out at the Center, Mehbooba Mufti said that after August 5, 2019, the wrong policies of the BJP government are responsible for the deteriorating situation in Kashmir. “Wrong policies of the BJP government, adopted since August 5, 2019, are directly responsible for the rapidly deteriorating situation in Kashmir,” he said. He said that it was very sad to see the two young children of Kaur killed. What was his mistake?

Vinayaka Chaturthi 2021: Know about the date, time, importance and method of worship of this day