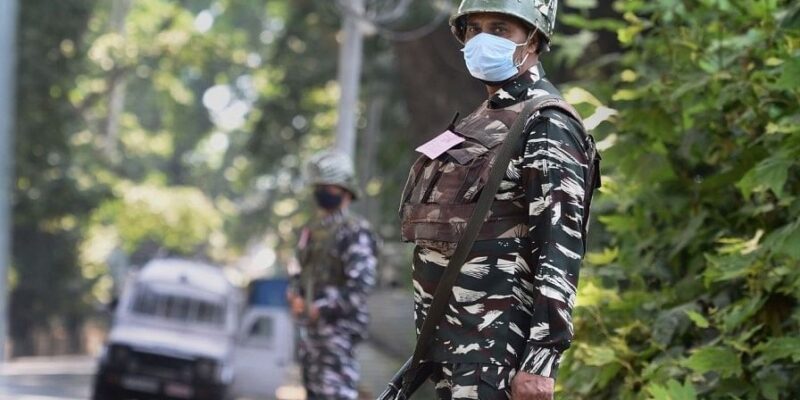 Earlier on Sunday, two terrorists were killed in an encounter with security forces in Bandipora district of Jammu and Kashmir. An army official said that during the search operation, the encounter started when the terrorists opened fire on the security forces.

Four Indian Army personnel were injured while thwarting infiltration attempts along the Line of Control (LoC) in Jammu and Kashmir’s Baramulla district. Officials said on Monday that the Army had launched an anti-infiltration operation on Saturday after receiving information about suspicious activity along the LoC in North Kashmir’s Uri sector. He said that 4 jawans were injured during the firing with the intruders.

Officials said, “Indian Army personnel pushed the intruders back, after which shots were fired. Four army personnel were injured in the ongoing firing from both the sides for the last two days. According to the news agency PTI, there is unconfirmed information about the death of an infiltrator in the operation. However, no official statement has come out on this yet.

Earlier on Sunday, two terrorists were killed in an encounter with security forces in Bandipora district of Jammu and Kashmir. One of them was involved in the murder of Bharatiya Janata Party leader Wasim Bari and two members of his family. Security forces cordoned off the area and launched a search operation after receiving information about the presence of terrorists in Watnira area of ​​Bandipora in north Kashmir, a police official said.

Kashmir Zone Police had tweeted, “The killer of late BJP leader Wasim Bari, his father and brother were killed in an encounter. Further information is awaited.

Also read- Kashmiris need not worry about the situation on LoC, Army ready to deal with every situation – Army Officer

Have you got government job letter in ‘Excise Ministry’? Know the full truth of this claim