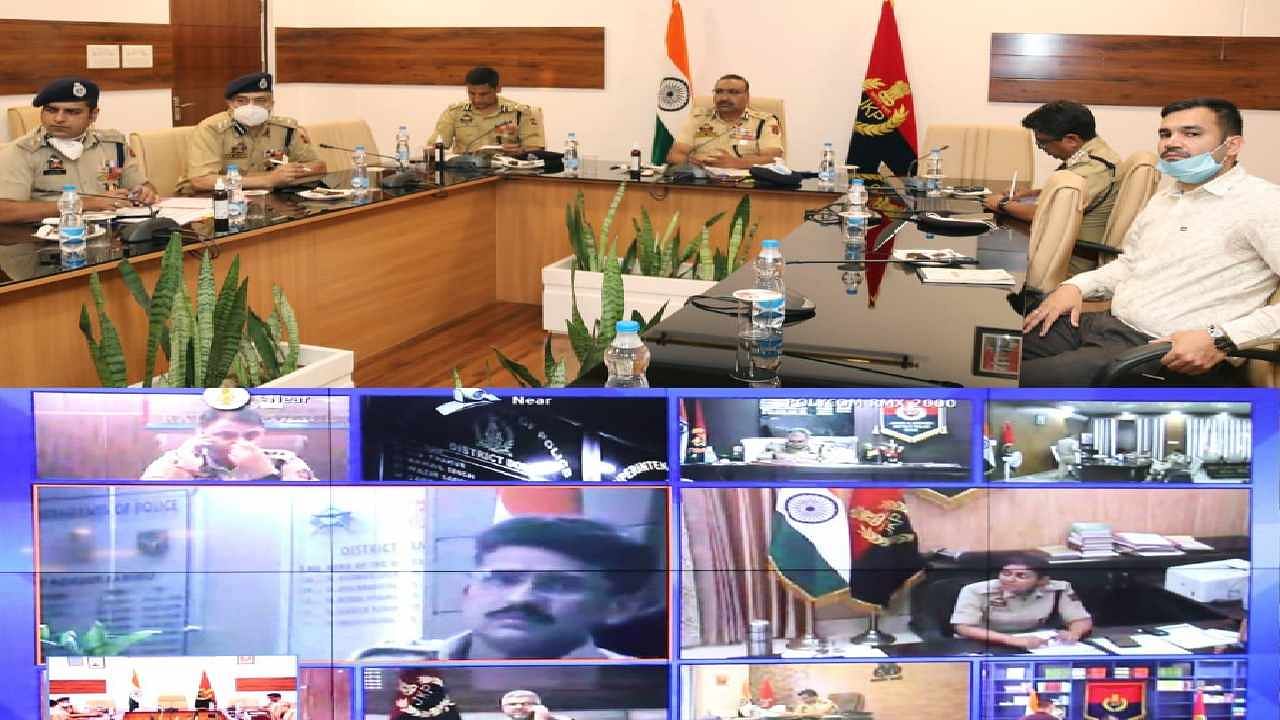 Jammu and Kashmir: Four terrorists are active in Srinagar district of Jammu and Kashmir and security forces are trying to neutralize them. There have been two grenade attacks in the last one week and recently a police officer was shot dead.

The police is constantly trying to eliminate the terrorists in Jammu and Kashmir. Srinagar and its adjoining areas have witnessed several incidents of terrorist attacks in the last few months. Meanwhile, on Wednesday, the Director General of Police of the Union Territory Dilbag Singh held a high level meeting at the Police Headquarters Jammu. In this meeting the security scenario of Jammu region was reviewed.

It has been told that ADGP Jammu Mukesh Singh, DIG JSK Atul Goyal, SSP Jammu Chandan Kohli, AIG Tech Rahul Malik, SSP PCR Haseeb Mughal and other officers were present in the meeting. Apart from this, the DIG of Jammu Zone and the SSP of the district joined through video conferencing.

According to the information, four terrorists are active in Srinagar district of Jammu and Kashmir and security forces are trying to neutralize them. A senior police officer gave this information on Wednesday. When questioned by journalists about the increase in incidents of attacks on security forces on the sidelines of a function in Srinagar, Inspector General of Police (Kashmir region) Vijay Kumar said that the police is investigating it.

There have been two grenade attacks in the last one week and recently a police officer was shot dead. Kumar said, “Four terrorists are active in Srinagar. We will capture them or kill them in an encounter. There is nothing to worry too much in this.” Kumar said that ‘The Resistance Front’ chief Abbas Sheikh had activated seven terrorists in Srinagar since September last year. Kumar said, “Four of them have been killed, including Saqib Manzoor.” Abbas Sheikh has also been killed. The Resistance Front is a proxy organization of Lashkar-e-Taiba and was an associate (deputy) of Manzoor Sheikh.