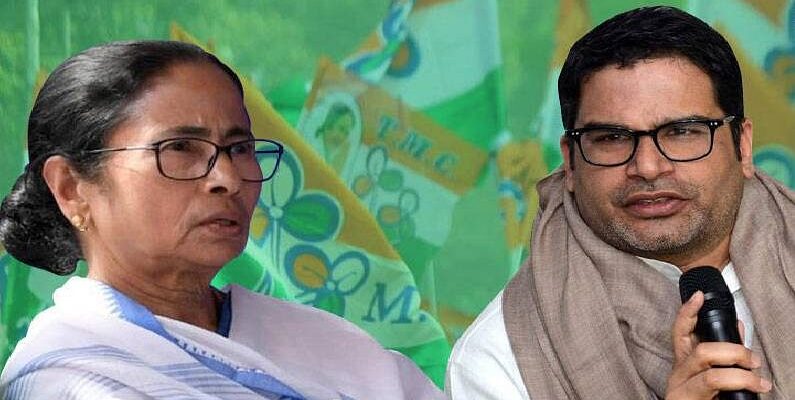 While the BJP may be cheering the Twitter war between the Congress Party and the Trinamool Congress, one thing is becoming clear, which was always feared, that the proposed opposition unity is just a daydream which must be good to think and hear. Sounds like it, but making it a reality is much more difficult than conquering Everest.

There is a front called UPA against BJP for many years, whose members list has been missing from many influential regional parties. After winning the elections in West Bengal for the third consecutive time in the month of July, the Chief Minister of the state Mamata Banerjee raised the matter of a greater opposition unity and also took the initiative in this direction, but as expected, the face of the prime ministership of the shared opposition is already in turmoil. has started, while the next Lok Sabha election is still almost two and a half years away.

Prashant Kishor may have told a truth, but this thing pricked the Congress party and the process of counterattack started. The initiative was taken by Chhattisgarh Chief Minister Bhupesh Baghel. His chair is in turmoil, he is in office only as long as Rahul Gandhi wishes. Priyanka Gandhi and Rahul Gandhi were the architects of the Congress party’s aggressive policy on the Lakhimpur incident. Rahul Gandhi had reached Uttar Pradesh’s capital Lucknow with Chhattisgarh CM Baghel and Punjab Chief Minister Charanjit Singh Channi. Although Baghel is not counted among the big or central leaders of the Congress party, but this was the opportunity for him to impress Rahul Gandhi. So he retaliated on Prashant Kishor.
Baghel also did not take the name of Mamata Banerjee or Trinamool Congress in his tweet, but said that which would increase the tension between the Congress party and the Trinamool Congress. And seeing the possibilities of becoming a national alternative by including Congress leaders in his party, he is very disappointed.
Baghel’s target was on Mamta Banerjee. Trinamool Congress won the election, Paramata Banerjee herself lost the election from Nandigram area, due to which she had to make the situation for the by-election by getting the MLA elected from her old Bhawanipur seat to resign. After a lot of struggle, the by-election was held recently and Mamata Banerjee won, and her chair was saved. But losing himself in the election, becoming the Chief Minister and then becoming an MLA through the by-election, has definitely become a blot on Mamata Banerjee’s bio-data somewhere.

In a world of mystery, adventure and espionage, double agents play an important role, who work for the intelligence agencies of two conflicting countries – one to deceive and force the position of the other. Is it that Prashant Kishor tried to play the same role so that Rahul Gandhi becomes weak and all opposition parties accept Mamata Banerjee as their leader even before the 2024 elections come?

Madhya Pradesh: VVIP tree of the country in Raisen, security guards are stationed 24 hours a day; Lakhs of rupees are spent every month in maintenance

Hair Care Tips: If you are troubled by the problem of hair fall, then try these 3 onion hair masks