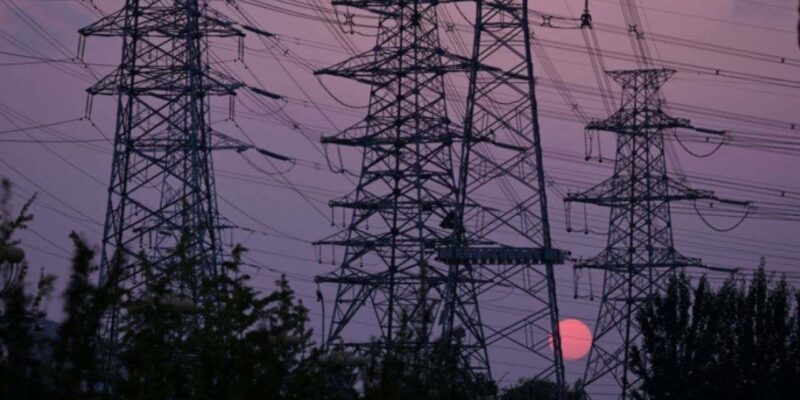 Is India really going to face a big energy crisis?

The Coal Crisis In India is now deepening. If the situation remains like this, then India will have to be prepared for a big power problem in the coming times. In fact, there has been a severe shortage of coal in the power stations of India. Due to which the power generation is also having a big impact. Even in many power stations, many units have had to be closed due to lack of coal, while in some units only three-four days’ stock is left. However, the most shocking thing among all this is that somewhere behind this power crisis in India, China has a hand.

Actually India imports most of its coal from Australia, but this coal passes through China before coming to India. is giving. This is the reason why a big problem of electricity supply has arisen in India. In fact, China is a country with which not only Australia’s relations are bad, but its relations with India are also not so good. That’s why perhaps China is deliberately holding India’s coal while China itself is facing a big power crisis.

Coal is running out fast in India

Due to the increasing power demand in India, coal-based power plants are becoming increasingly short of coal. Data from the Central Electricity Authority shows that in the last 1 month, the number of thermal power plants has increased rapidly, which do not have enough coal to run the plant for 8 days. According to a news published in German news website DW Hindi, it has been found in the new report released by CEA that 103 out of 135 thermal power plants have coal reserves of less than 8 days. These figures have been taken from 26 September. That is, by now the coal in many power plants would have been exhausted. Where on one side China has kept India’s coal on its ports. On the other hand, the demand for electricity has increased rapidly in India. Electricity demand in the country has increased rapidly since the reduction in restrictions due to Corona, it reached its peak level of 200.57 GW on 7 July. Whereas even now the demand remains above 190 GW.

The stock of coal is running out in many power stations of the country. Due to exhaustion of coal stock in Harduaganj and Parichha power stations of Rajya Vidyut Utpadan Nigam, units of 710 MW capacity had to be closed. Private sector units of 600 MW capacity of Lalitpur project and 300 MW of Rosa project also had to be closed due to shortage of coal. Anpara Power Plant requires 40,000 metric tonnes of coal daily and Obra Power Plant requires 15 thousand metric tonnes of coal daily, but today only 25-26 thousand metric tonnes of coal is reaching there. Such is the condition of many power plants across the country.

China is currently facing a serious power crisis and due to this crisis, production of essential commodities like soybean processing / animal feed processing and fertilizers has become difficult in China. Because of which their prices are now touching the sky. The prices of metals like steel, aluminum, silicon are also increasing rapidly in China. Because the production of these items has stopped due to lack of electricity. Due to the policies of China, the prices of Chinese coal have increased significantly in the last week. In fact, China banned the import of Australian coal, which is one of the world’s largest suppliers. Along with this, let us also tell you that more than 2 third of electricity is produced in China from coal and to meet the demand of that coal, China is now forced to buy expensive coal from Russia, South Africa and Southeast Asian countries. Because it has banned the import of coal from Australia.

Due to the new policies of the Communist Government of China, there has been upheaval in the real estate and production sectors including electricity in China. Due to this, all the domestic and foreign companies established in China are upset. This is the reason why investors are thinking of withdrawing from China in the coming time. The way China has disrupted the coal supply chain, not only China and India but also Europe and America are facing energy crisis.

It is obvious that when a company will get coal at an expensive price, then the businessman will not only fill that extra inflation from his pocket, but he will also tear his bill on the customer. Ultimately, the cost of expensive coal will directly hit the common public. According to a report published in the BBC, Vivek Jain, director of India Ratings Research, says that the situation is very uncertain. In recent years, India has tried to reduce its dependence on coal to fulfill its commitment to the environment. Due to which coal production in India has also reduced very little. Speaking to the BBC, Zohra Chatterjee, former head of Coal India Limited, a state-owned enterprise that produces 80 percent of coal, says that if this situation continues, Asia’s third largest economy will struggle to get back on track. He says that everything runs on electricity, in such a situation, the entire production sector, cement, steel, construction will all be affected due to shortage of coal.

Will India’s coal supply be met by private mines?

There are many such coal mines in India which are in private hands. That private company can use the coal coming out from there only for itself. In such a situation, the way the demand for electricity is increasing in India and there is a shortage of coal, it is imperative to raise the question whether the government will get coal from those private mines. Under the terms of the agreement with the government, these mines will have to use that coal only for the use of their companies. That is, he cannot sell this coal in the market. However, even if the Indian government does get coal from private mines, it will be a short-term measure, while the way the demand for electricity in India is increasing, some long-term measures need to be taken.

Lakhimpur Kheri: Supreme Court strict on the attitude of Uttar Pradesh government, said- this is a case of brutal killing of 8 people, next hearing will be held on 23rd

Neeraj Chopra wants his ‘charioteer’ with him till the Paris Olympics, the golden boy expressed his special wish

T20 World Cup: Whose team will be deducted, selectors’ meeting tomorrow, this player may get a chance