International Yoga Day: 12 members of LGBT community did yoga with PM Modi in Mysore, said – I am very happy to get this honor 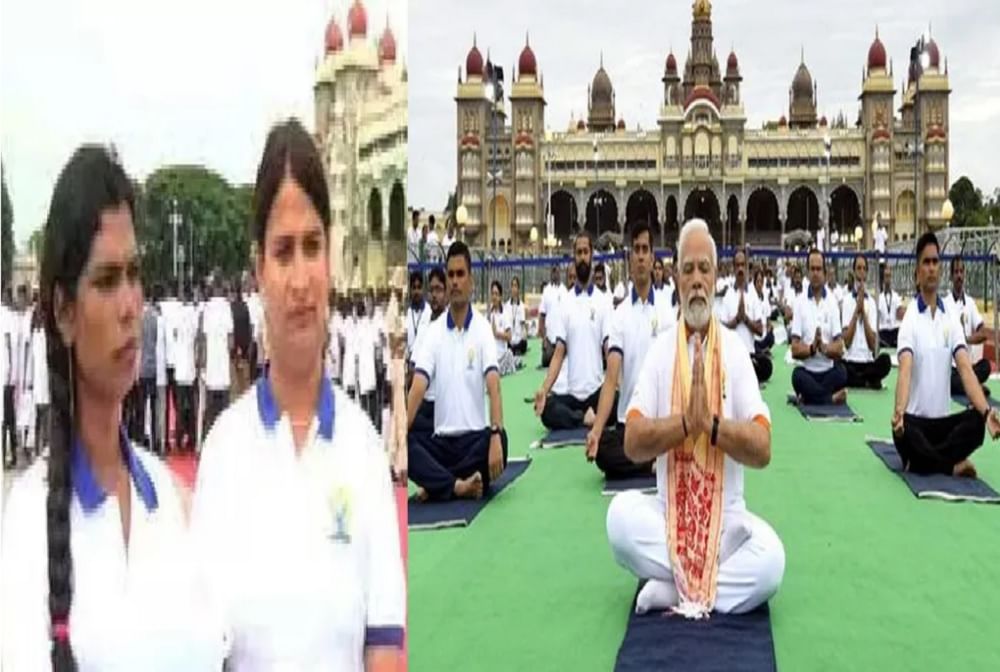 International Yoga Day: The Yoga Day celebrations held in Mysore were special in many ways. 12 members of the LGBT community performed yoga with Prime Minister Narendra Modi in Mysore.

International Yoga Day: On the occasion of the 8th International Yoga Day, for the first time, people from the LGBT community participated in a yoga ceremony organized outside the Mysore Palace. 12 members of LGBT community performed yoga with Prime Minister Narendra Modi in Mysore. The Yoga Day celebrations held in Mysore were special in many ways. The biggest highlight of the event was the participation of members of the transgender community and specially-abled persons, who got a chance to do yoga with the Prime Minister. Pranati Prakash, a member of the LGBT community, told that she was very happy to have the opportunity to do yoga with PM Modi. Pranati told NewsNCR Kannada, “Twelve of us participated in the Yoga Day celebrations. We are happy.’

The idea came in the mind of the ruling party MLA of Mysore SA Ramadas that people from the LGBT community should be invited to the yoga function. After this, the district administration organized a pre-yoga training camp for the LGBT community for two weeks. Actually, the first 20 people were selected. After this, 12 members were again shortlisted to do yoga with PM Modi. Let us inform that Ramdas is also associated with an NGO.

Mysuru, Karnataka | “It’s a first for us that the transgender community has been given a platform where PM is also present. Such initiatives will bring change in people’s thinking,” said transgenders Afsari & Pranati (21.06) pic.twitter.com/XZjRzEMcIq

‘We have never practiced yoga in our life’

Pranati said, ‘We have never practiced yoga in our life. The DHO office organized a training camp and we were taught the basics of yoga for two weeks. He helped us in providing passes for the Prime Minister’s program. At the same time, another transgender Nisha who participated in the program said, “It is a different day for us. During the Corona pandemic, we faced financial crisis. At that time, we were provided ration through PM Modi’s free ration scheme. We have defeated Corona by getting the vaccine for free. We are honored to be invited to this event.

‘We have decided to do yoga everyday’

A day after attending the Yoga Day celebrations, Pranati and her friends seriously want to take up yoga. Pranati said, ‘We do not want to give up. We have decided to do yoga everyday. So, we will take it forward. It is worth noting that apart from transgenders, 200 specially-abled and 100 orphan children also participated in the International Yoga Day celebrations held in Mysore. Over 15,000 people performed yoga with the Prime Minister at the Mysore Palace Ground.